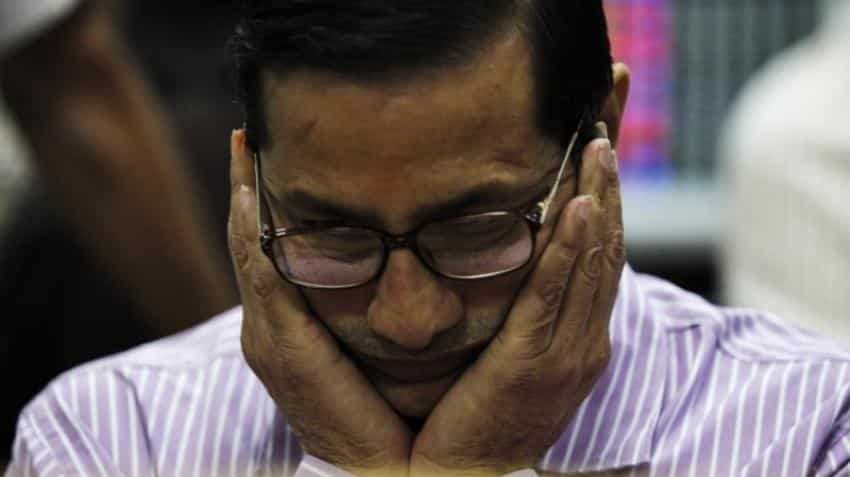 "Market remained range-bound with a negative bias due to weak global cues amid concerns of US-China trade tensions. Mid and small caps under-performed while metal stocks slid the most due to concerns on rising supply and fall in price," Vinod Nair, Head of Research, Geojit Financial Services Ltd, said.

Crude price is gradually consolidating while investors are awaiting OPEC and Russia meeting this week to decide on relaxation of supply cuts, he added.

Vedanta emerged the biggest loser in the Sensex pack with its shares plunging 2.70 per cent, while Tata Steel lost 1.28 per cent on nervous selling, triggered by increasing concerns over a full-fledged trade war between the US and China.

Among the winners, ICICI Bank was the top performer, spurting 3.61 per cent, followed by Tata Motors at 1.83 per cent.

Oil and gas, auto, PSU, banking and healthcare indices, however, ended in the positive zone, rising up to 1.25 per cent.

Overseas, US President Donald Trump on Friday slapped a 25 per cent tariff on $50 billion worth of Chinese goods, as he accused Beijing of intellectual property theft and unfair trade practices, triggering a full-fledged trade war between the  world's two largest economies.

Reacting to Trump's latest announcement, China too imposed "equal" tariffs on US products.

Elsewhere in Asia, most financial markets in Hong Kong, Shanghai and Taipei are closed for public holidays. Japan's Nikkei fell 0.75 per cent, Singapore index shed 0.97 per cent and Korea fell 1.16 per cent.

European markets too were trading in the negative zone in the early session. Frankfurt was down 0.93 per cent and Paris CAC 40 too fell 0.92 per cent. London's FTSE shed 0.41 per cent in initial deals.