Market benchmark Sensex Tuesday bounced back by 347 points to end its five-day losing streak helped by a recovery in banking, pharma and FMCG stocks. 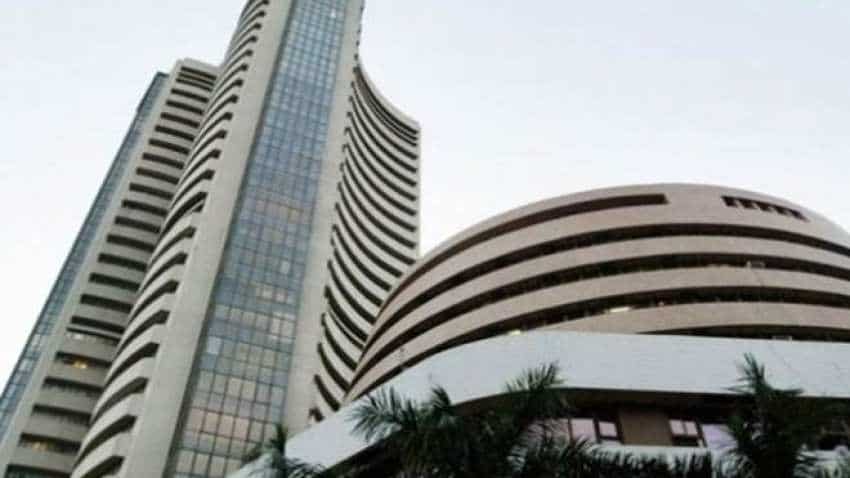 A recovery in financial stocks led by HDFC and HDFC Bank helped the key indices break the five-day losing streak which saw the Sensex tanking 1,785.62 points or more than 5 per cent. Kotak Bank, Axis Bank, SBI, IndusInd Bank and ICICI Bank also bounced back on positive sentiment after LIC chairman V K Sharma commented that the insurance giant would not allow debt-ridden IL&FS to collapse and was exploring options to revive it.

Mixed Asian cues and a firming trend in European markets largely on the back of strong earnings accelerated buying activity towards the fag-end. The session was marked by volatility and stock-specific action, even as the overall sentiment remains weak as a fresh round of US-China tariffs and a surge in oil prices to near four-year highs added to worries about risks to global growth, brokers said.

The rupee also pared initial losses to trade 5 paise higher at 72.58 against the dollar (intra-day). Covering-up of short positions by speculators ahead of September month expiry in the derivatives segment on Thursday also helped the market stage a smart rally. Domestic investors made purchases worth Rs 2,284.26 crore while foreign investors sold equities worth Rs 1,231.70 crore on a net basis, provisional market data showed.

In contrast, Yes Bank remained distinctly weak by crashing 2.83 per cent ahead of the board meeting to be held later in the day to decide the future course of action after the RBI curtailed the term of its MD and CEO Rana Kapoor. Also, PowerGrid suffered the most by falling 3.07 per cent, Coal India 1.94 per cent, Adani Ports 1.65 per cent, Tata Steel 1.10 per cent, Wipro 0.93 per cent, TCS 0.71 per cent, M&M 0.22 per cent, Hero MotoCorp 0.14 per cent and RIL 0.14 per cent.

Shares of DHFCL tumbled 23.49 per cent on profit-booking as fears of a liquidity crisis continued to haunt sentiments. Shares in the aviation space continued their slide after the Brent crude went past the USD 81 per barrel mark in global markets adversely affecting their earnings.
SpiceJet shares plunged by 3.78 per cent to Rs 68.80 and InterGlobe Aviation too shed 1.19 per cent to Rs 850.40.

The BSE Healthcare index emerged top winner among sectoral indices, rising 1.75 per cent, followed by bankex 1.39 per cent, finance 1.26 per cent, FMCG 1.16 per cent, auto 1 per cent, IT 0.37 per cent, teck 0.31 per cent, consumer durables 0.24 per cent and metal 0.13 per cent. However, realty, infrastructure, oil&gas, power, capital goods and PSU indices ended in the negative zone, falling up to 1.67 per cent.

The broader markets, however, showed a mixed trend, with the mid-cap rising 0.36 per cent while the small-cap index shed 0.74 per cent. Market breadth was negative as 1,646 scrips declined, 1,018 stocks advanced and 161 were unchanged on BSE. As many as 507 securities hit their 52-week low and 30 hit their one-year high level. Total turnover in the equity segment was Rs 4,252 crore.

In the Asian region, Japan's Nikkei was up 0.29 per cent, while Shanghai Composite Index shed 0.58 per cent. Hong Kong's financial markets were shut today for a public holiday. In Europe, Frankfurt's DAX rose 0.13 per cent, while Paris CAC 40 gained 0.17 per cent in late morning deals. London's FTSE too was up 0.23 per cent.