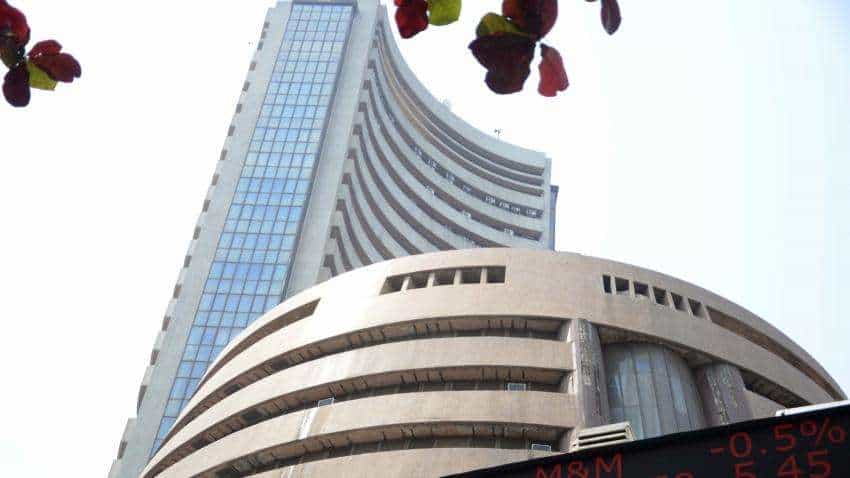 Equity benchmark Sensex dropped over 150 points in early trade on Thursday led by heavy selling in index-heavyweights Infosys, HCL Tech and Asian Paints. The 30-share BSE index was trading 154.21 points or 0.31 per cent lower at 49,338.11.

Similarly, the broader NSE Nifty fell 47.45 points or 0.33 per cent to 14,517.40 in opening deals. According to traders, profit-booking at higher levels is keeping benchmark indices volatile.

HCL Tech was the top loser in the Sensex pack, shedding around 4 per cent, followed by Infosys, Tech Mahindra, Asian Paints, UltraTech Cement and Bajaj Finance. On the other hand, IndusInd Bank, ITC, L&T, Bajaj Auto and Kotak Bank were among the gainers.

On the earnings front, Infosys on Wednesday posted a 16.6 per cent rise in consolidated net profit at Rs 5,197 crore for the December 2020 quarter, and increased its revenue growth guidance for FY21 to 4.5-5 per cent on the back of large project wins and strong deal pipeline.

"We believe underlying strength of the market remains intact and any correction in the market will be bought out. Sustained recovery in key economic data for Dec'20, better-than-expected 3QFY21 corporate earnings so far and upbeat management commentaries continue to augur well for the market," said Binod Modi Head-Strategy at Reliance Securities.

"However, development around the possible impeachment of president Donald Trump is unlikely to have any meaningful impact on markets. Further, remarks by Fed's Brainard about continuity of broad-based bond buying program for quite sometimes offered comfort to equities," he added.

Elsewhere in Asia, bourses in Hong Kong, Seoul and Tokyo were in the positive territory, while Shanghai was in the red.

Meanwhile, the global oil benchmark Brent crude was trading 0.32 per cent lower at USD 55.88 per barrel.