Sensex down 323 points, Nifty below 100 - Check experts' suggestion on stocks to buy

The stock market witnessed such a drop is because Donald Trump threatened on Sunday to raise tariffs on $200 billion worth of Chinese goods to 25 per cent. 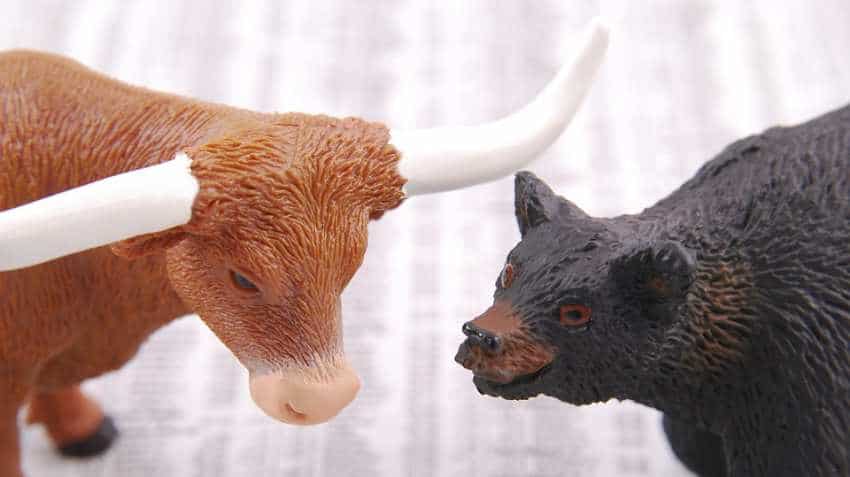 The expert further adds that traders are also cautious of general elections and with the exit poll outcomes. Photo: Pixabay

The stock market witnessed a low performance on the second day of the new week. On Tuesday, BSE Sensex stood at 38,276.63, tumbling by 323.71 points or by 0.84%. The top losers included Tata Motors, ICICI Bank, Bharti Airtel, Reliance Industries, and Vedanta. Meanwhile, NSE Nifty50 ended the day at 11,497.90, falling by 100.35 points or -0.87%. Here, Tata Motors, Zee Entertainment Enterprises Limited, ICICI Bank, Reliance and JSW Steel stood as the top losers. Among sectoral indices, only Nifty IT ended in green. The Nifty Media index was the top loser, down 2.74 per cent while the Nifty PSU Bank index also slipped 2.2 per cent.

On the other hand, Bajaj-Auto and Oil and Natural Gas Corporation stood as winners on BSE Sensex. In case of Nifty50, WIPRO and Hindalco acquired the winner positions. Hindustan Unilever and Larsen & Toubro performed well on both BSE Sensex as well as Nifty50.

The reasons due to which the stock market witnessed such a drop is because the U.S. President Donald Trump threatened on Sunday to raise tariffs on $200 billion worth of Chinese goods to 25 percent from 10 percent by the end of the week and would also soon impose tariff on imports of remaining Chinese goods. According to Manish Yadav, Head of Research, CapitalAim, this latest move by the President of the United States has surely shocked and dented the sentiments of financial markets across the globe and fueled worries that trade talks between U.S. & China may be derailed. However, China is likely to send a delegation to the United States for trade negotiations. Along with this some profit booking from higher levels also added to negative opening of nifty index on Monday, but it is consolidating around higher levels on daily charts and mostly remained range bound between 11800 to 11550 levels on the daily charts.

The expert further adds that traders are also cautious of general elections and with the exit poll outcomes, choppiness in the market would increase, which can be one more possible reason why the BSE Sensex and Nifty50 observed a collapse.

On Monday, benchmark Nifty opened gap up on a positive note of the closing and made a high of 11657 but then it consolidated downward and went bearish in the later part of the trading session and breached the support levels of 11550 on the daily charts. The expert adds stating that the Indian economy is consumption based, so this factor would provide some support to Benchmark Nifty, whereas, slower to 8 month Factory Growth & decline in PMI to 51.80 in April from 52.60 in March could be a matter of concern for traders and investors.

On daily charts, Benchmark Nifty50 has formed a H&S pattern with neck line around 11550 levels, which also it has breached, so we could witness bearish movements in it till the support levels around 11350.

Post the performance results, expert  Manish Yadav lists down the stocks which should be among the stocks one puts their money on and the stocks on should avoid,

Raymond:
This stock has a buy call, with the stock showing an upward breakout of the trend line on the daily charts and RSI is showing buy signal, now placed at 59.02 levels. The target price for this stcok is Rs 854, stop loss at Rs 788.

DHFL:
DHFL observed a downward breakout of the trend line in bearish trend and sustaining below it on daily charts with RSI showing sell signal, now placed at 32.85 levels. The stock has a sell call, as the stock went down by Rs 113.50, with target price of Rs 109 and stop loss at Rs 120.60.

Torrent Pharma:
Expert puts a sell call on this stock as well, with a fall by Rs 1,700. Torrent Pharma is forming a double top pattern on the daily charts with baseline around the levels of 1700 and RSI looking weak, now placed at 34.60 levels. the stocks target prices is Rs 1,635, stop loss at Rs 1,765.