The S&P BSE Midcap and the S&P BSE Smallcap indices underperformed to lose 0.3 per cent and 0.6 per cent, respectively. 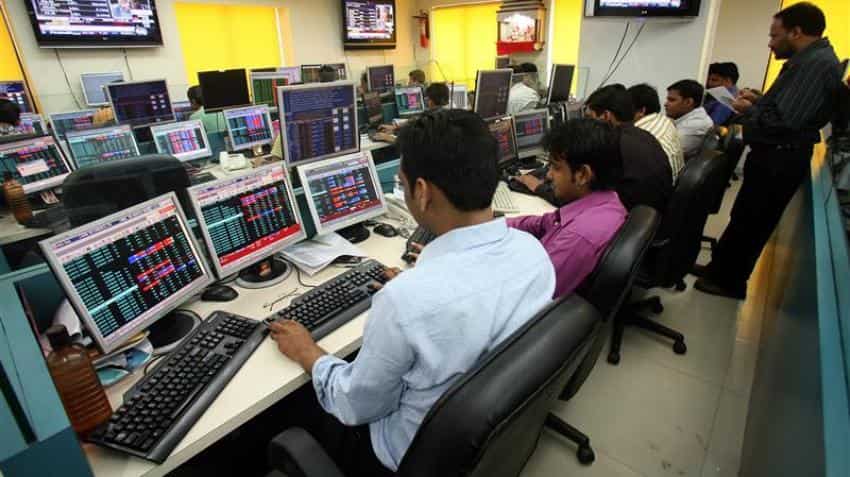 All but one sector (Nifty Auto) were trading in red. Image source: Reuters
Written By: ZeeBiz WebTeam
RELATED NEWS

Back home, sentiment remained cautious as investors await Budget 2018, to be unveiled on Thursday.

In the broader market, the S&P BSE Midcap and the S&P BSE Smallcap indices underperformed to lose 0.3 per cent and 0.6 per cent, respectively.

All but one sector (Nifty Auto) were trading in red. Nifty Media (down 1 per cent) and Nifty Metal (down 0.7 per cent) shed the most.

Among individual stocks, Coal India, Zee Entertainment, Tech Mahindra and Asian Paints were the leading losers on Nifty and lost over 1 per cent each on the NSE.

Overseas, Asian markets were trading lower. MSCI’s broadest index of Asia-Pacific shares outside Japan was down 0.5 per cent after rising to an all-time high the previous day.

Australian stocks shed 0.4 per cent, South Korea’s KOSPI lost 0.1 per cent and Japan’s Nikkei dropped 0.7 per cent. Hong Kong’s Hang Seng slipped 0.2 per cent and Shanghai was down 0.3 per cent.

On Wall Street, US markets pulled back from record highs on Monday, with the Dow and the S&P 500 indices marking their biggest one-day percentage declines in about five months,