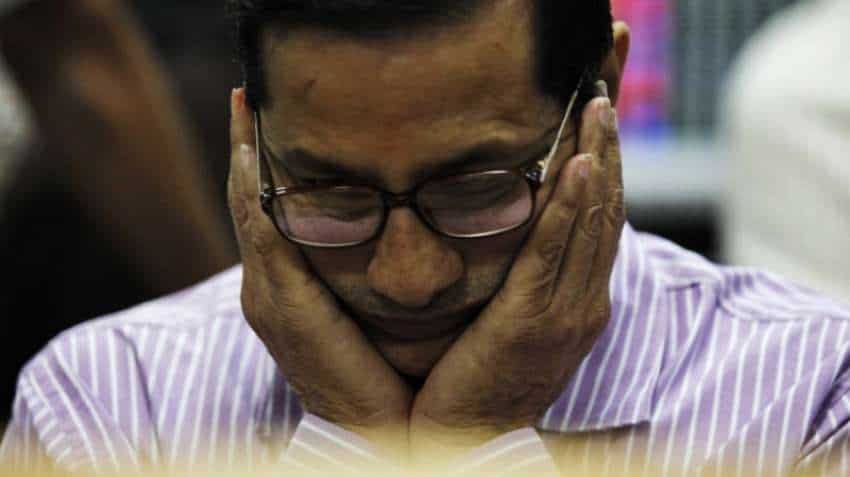 In the broader market, the BSE Midcap and the BSE Smallcap indices underperformed to lose 1.6 per cent and 1.5 per cent, respectively.

"Weak global cues and rising oil price continued to impact domestic market sentiment while rupee declined to all time low amid concern on inflation and current account deficit. The mid & small cap continued to underperform amid tensions in global trade while short-term investors are using every opportunity to book profits due to F&O expiry. Any intervention from RBI to contain the volatility in rupee, and progressing monsoon will provide some respite to domestic market in the near term," said Vinod Nair, Head of Research, Geojit Financial Services.

Lakshmi Vilas Bank share price dropped nearly 9 per cent with the stock posting its biggest intraday percentage loss since February 28. The stock tanked as much as 8.7 per cent to Rs 102 on the BSE in intraday trade. It settled at Rs 105.35, down 5 per cent.

The fall came after market regulator, The Securities and Exchange Board of India (SEBI), asked the private lender why it did not disclose a dispute with Religare Finvest, a unit of Religare Enterprises Ltd, in its regulatory filing for rights share issue launched in January, according to a report from Economic Times.

On the Nifty, NTPC, Kotak Mahindra Bank and M&M were the highest gainers while Tech Mahindra, Hindustan Petroleum and Titan the most.

Overseas, pressure on world shares from a US-driven trade dispute mounted on Thursday, as a fast-charging dollar and a jump in oil prices also cranked up the pain in emerging markets.

Europe’s bourses inched lower as traders positioned for a potentially fraught meeting of EU leaders, with the mood set overnight by two-year lows for Chinese stocks and a six-month low for the yuan.

They, like Wall Street, had been buffeted again after US President Donald Trump and White House economic adviser Larry Kudlow outlined plans to clamp down on Chinese acquisitions of sensitive American technologies.

Asian shares had reached a nine-month trough, while MSCI’s emerging market index - which also includes other hard-hit countries including Mexico, Brazil, Turkey and South Africa - dropped to its weakest in almost a year.