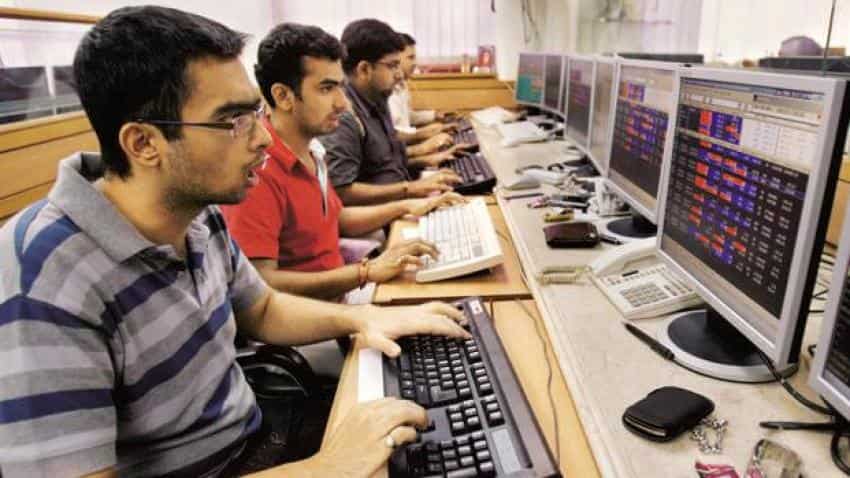 The escalating trade war fears have spooked Indian markets amid a global sell-off causing the Sensex to crack over 500 points. The broader Nifty50 slipped below its crucial 10,000 mark for the first time since October 12, 2017. US President Donald Trump finally imposed the much-feared tariffs on Chinese goods, while China retaliated with the similar action too. Investors fear that the US measures could escalate into a trade war, with potentially dire consequences for the global economy.

"Indian equity markets reacted negatively today, in-line with global markets. With US imposing fresh tariff targeted China, there is an increasing fear of a trade war which could impact economic growth. Markets are expected to remain volatile ahead of F&O expiry next week, as well as end of the Indian financial year (last week before the LTCG tax kicks in). While traders should remain cautious, decline in good fundamental stocks would offer buying opportunities for long term investors," said Siddhartha Khemka,VP - Head of Research (Retail), MOFSL

We have compiled five reasons that are pulling the indices lower:

US President Donald Trump on Friday announced long-promised tariffs on Chinese goods and in retaliation, Beijing pledged to fight any such war to the end. Trump signed a presidential memorandum on Thursday that could impose tariffs on up to $60 billion of imports from China, although they have a 30-day consultation period, raising the chance that final measures could be watered down.

Beijing urged the United States to “pull back from the brink”. “China doesn’t hope to be in a trade war, but is not afraid of engaging in one,” the Chinese commerce ministry said in a statement. However, it unveiled its own plans to impose tariffs on up to $3 billion of US imports in retaliation against US tariffs on Chinese steel and aluminum products.

A global sell-off after overnight Wall Street logged its worst day in six weeks triggered negative sentiment. Setting a downbeat tone for Asia, the Dow on Thursday shed 2.9 per cent, the S&P 500 dropped 2.5 percent and the Nasdaq  fell 2.4 per cent.

Among Asian markets, MSCI’s broadest index of Asia-Pacific shares outside Japan fell 2.5 per cent as stocks across the region dropped. Shanghai shares were down 3.8 per cent. Japan's Nikkei dropped 4.5 per cent. Australian stocks lost 1.9 per cent, Hong Kong's Hang Seng was down 3.1 per cent, Taiwan shares slid 1.6 per cent and South Korea's KOSPI retreated almost 3 per cent.

S&P futures, meanwhile, indicated a negative opening for Wall Street later in the day. S&P futures were down 0.6 per cent.

Sebi plans to bring in additional disclosure requirements for listed corporates undergoing insolvency resolution process as well as amend norms pertaining to minimum public shareholding norms and other provisions for such entities, reported PTI, quoting a senior official. The proposal came at a time when there are increasing number of cases coming up under the Insolvency and Bankruptcy Code (IBC) as entities look to address issues of stressed assets in a time-bound manner. The regulator is planning to come out with a discussion paper on compliance with Sebi norms by listed companies undergoing insolvency resolution process.

The proposal is likely to be discussed by Sebi’s board during its meeting on 28 March, the official said. Amendments are being proposed for certain Sebi norms on the basis of three stages of Corporate Insolvency Resolution Process — pre, ongoing and post CIRP stages.

Investors may have been selling stocks where they sit on profits in order to avoid long-term capital gains (LTCG) tax introduced in Budget 2018. Notably, the changes in LTCG tax will kick in from April 1 as the profits made until March 31 had been kept tax-free.

“The new tax regime will be applicable to transfer made on or after 1st April, 2018, the transfer made between 1st February, 2018 and 31st March, 2018 will be eligible for exemption under clause (38) of section 10 of the Act,” the government the income tax department clarified earlier.

Nifty broke below 10,000 in opening tick. It has been under short mode since it closed below 200 Days SMA. Overall breadth declined and the present volatility surge also aided the bearish momentum. "Nifty's four digit numbers of 9,950 - 9,980 are crucial levels and at this point, if someone would go short, it may be a bit late. The idea is to use the rallies or bounceback for shorting for lower levels. The important resistance from 10,500 is being brought to 10,250," said Mustafa Nadeem, CEO, Epic Research.

"Any bounce towards these levels would certainly be an opportune moment to go with intermediate momentum. Crucial support for the market now 9,950-9,980 is an intermediate support while a close below 9,950 will take us to next meaningful stop around 9,650. Bounceback towards 200 days MA at 10250 or 10300 would be suitable to position size for next downward leg," he added.