After rising for a session on Monday, BSE Sensex and NSE Nifty were trading flat as energy and healthcare stocks dragged down the rally. 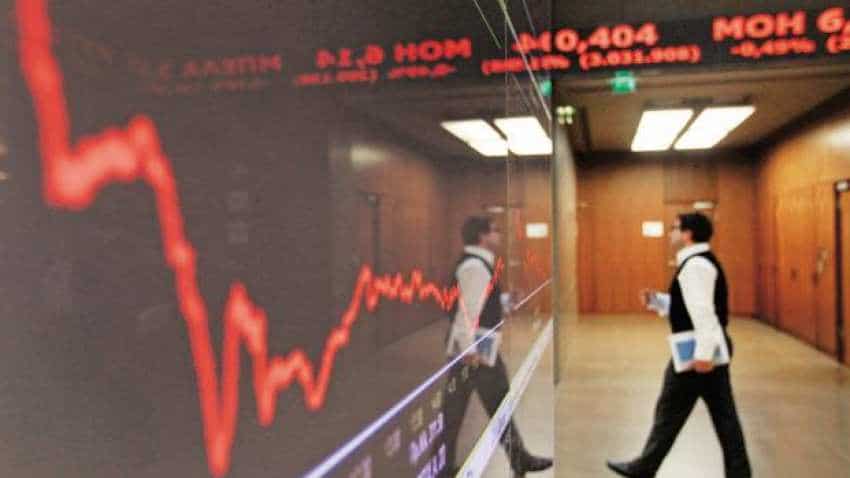 After rising for a session on Monday, BSE Sensex and NSE Nifty were trading flat as energy and healthcare stocks dragged down the rally.  Gains in consumer discretionary stocks were offset by losses in these stocks. Adani Ports, Coal India, BPCL, Hindustan Petroleum, and Cipla were the losers in the Nifty50 index. However, rally in Tata Steel, Asian Paint, Eicher Motors, and Bajaj Finance helped Nifty to offset the loss.

The benchmark Nifty traded mostly flat throughout the day, as 22 scrip in the index advanced and 28 declined, indicating a bearish trend. Sesex opened at 37849.21 points over the previous day's close of 37691.89 points, clocking the high of 37876.87 points during the day.  The shares of Adani Ports fell over 6 percent after the company reported a 9 percent drop in quarterly profit on Monday. Reliance Industries too fell to close at 0.66 percent down.

Syndicate Bank shares fell over 4 percent, becoming the biggest loser on the Nifty PSU Bank index which is down 0.2 pct. Stocks in Asia and Europe gained on strong corporate profits to defuse fears over US-China trade tensions.