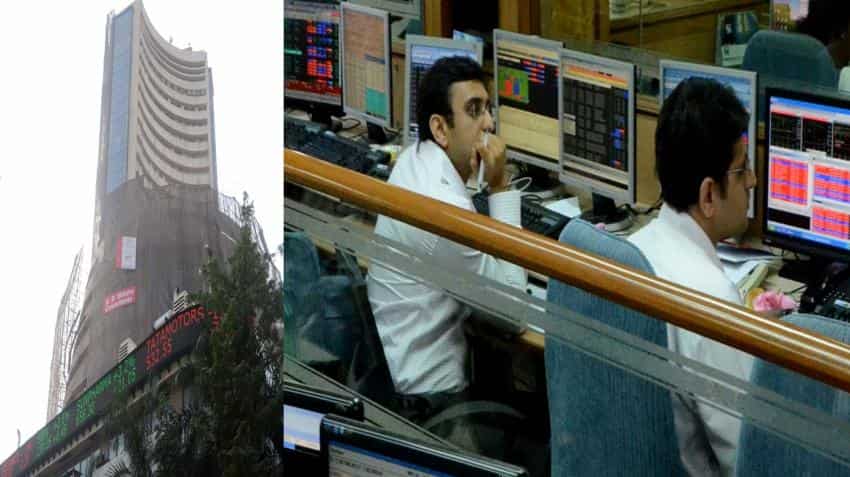 After reaching at historic-mark, Sensex on Thursday closed above 30,000-level and Nifty ended above 9,300-mark.

These marks have surely brought cheer among the existing equity investors. The analysts believed that this was backed by banking stocks.

If you are new to equity markets, the first question you tend to ask yourself is that "Is this the right time to enter the market?" Like human perception, people tend to put money when the market is surging and exit as soon as it drops.

Nikhil Khandelwal, MD, Systematix, said, "If monsoon for the current year would be on the lines of prediction, the market will definitely touch new heights. The core sectors like Agriculture, Pharma, FMCG and Infra will do well in the long run. This would further boost sentiment of both retail and institutional shareholders in the market, which may further fuel the FII inflow in to the country.”

What does trend shows

According to a Kotak Mahindra research report, after  a strong uptrend rally index has formed a "hanging man" candle stick pattern, suggesting that short term traders are more interested in profit booking. The volatile intraday movement on the index clearly indicates the indecisiveness between the bulls and bears. 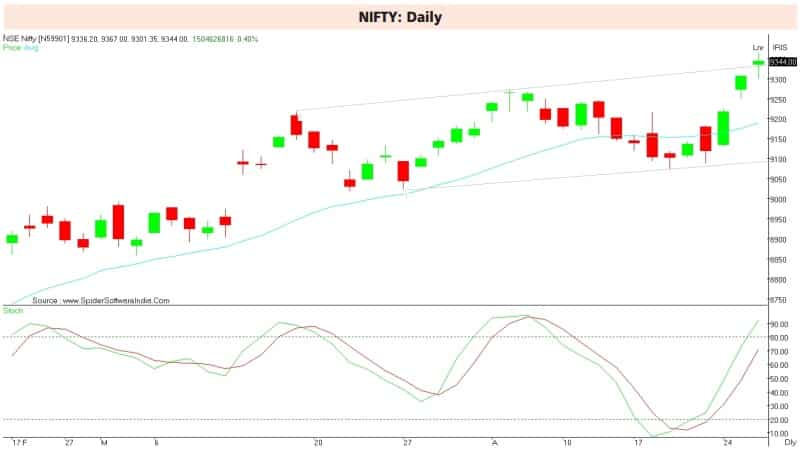 Despite of that, on larger time frames market is showing positive strength and any short term correction would be an opportunity to invest in front line stocks.

If nifty manages to trade above the same, we can expect one more intraday rally till 9400/9410. However, trading below 9330 could trigger short term correction to the 9275-9250, the report added.

So the big question is whether this performance will continue. Though the question is valid, but there is no signs of suppression in business outlook which has just started to improve after a long gap.

Speaking with Zeebiz, Vinod Nair, Head Of Research, Geojit Financial Services, said, "For example the PAT growth in the last 9MFY17 was flat and it is difficult to believe that very soon we will have a reversal in outlook. While examining the sustainability of these earnings considering a broad index like BSE-100 we understand that much of the delta is coming from sectors like Finance, Metals and Oil & Gas."

The sustenance of Finance sector is likely to continue due to reduction in non-performing assets provisions as asset quality improves gradually, lower cost of funds and momentum in economic activities. Currently, gap in valuation between Private Banks and PSUBs are narrowing in anticipation of NPA resolution by the Government and RBI, Nair said.

In the case of Metals and Oil & Gas the future outlook depends on the world economy which during the last 12 months had good economic data with positive economist outlook in the future. They have some upcoming challenges like BREXIT, delay in US fiscal spending and increased geopolitical risk. But the outlook is better than in FY17 for the domestic economy, he added.