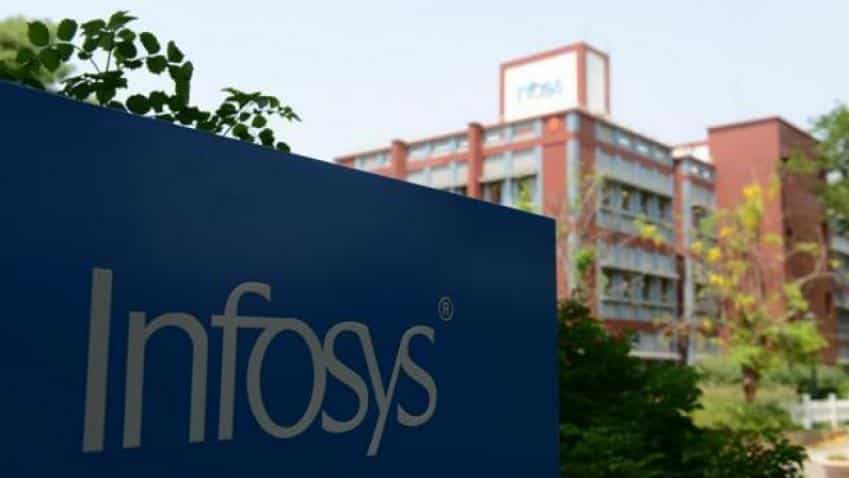 Infosys share price slipped 6 per cent on Monday after the company's margin guidance for fiscal year 2018-19 disappointed Street. The company on Friday reported its March quarter results post market hours. The IT major lowered EBIT margin guidance for FY19 to 22-24 per cent from 23-25 per cent for the previous financial year. Reacting to the Q4 earnings, Infosys stock slipped as much as 5.98 per cent to Rs 1,099 on the BSE. Gaurang Shah of Geojit Financial Services advised selling Infosys and buying TCS for the short-term, while he remained positive on both for the long-term.

"So far as Q4 numbers are concerned, TCS is expected to post better earnings than what Infosys did. One can sell Infosys and buy TCS for the short-term, while both look good for the long-term," he said. Kotak Institutional Equities acknowledged even as the margin guidance band reset is a touch disappointing, the overall composition of business, impressive execution and willingness to step up investments to accelerate mix transition lend comfort on sustainability of growth.

"We are at the upper-end of revenue guidance band. Bump up in return of excess cash to shareholders is also a positive. We cut FY2019-20E EBIT margin forecast by 70 bps to bake in additional digital investments. Valuations at 14.7X FY2020E earnings are attractive. Add retained with unchanged target price of Rs 1,250," it pointed out in a note.

Global brokerage Nomura, however, maintained 'reduce' rating on the stock, but raised target to Rs 1,020 from Rs 990. The brokerage believes Street expectations from Infosys are likely to moderate.

Meanwhile, Edelweiss Securities cut FY19 and FY20 EPS estimate by 0.7 per cent and 4.2 per cent respectively as investments in building sales and digital capabilities will lead to margin dilution. The brokerage maintained ‘buy’ on Infosys due to strong momentum in deal wins, digital-focused strategy, undemanding valuations and high dividend yield.