Foreign portfolio investors (FPIs) and the stock market regulator Securities and Exchange Board of India (Sebi) are on a confrontational path. After Asset Management Roundtable of India (AMRI), the lobby group of FPIs, hit out at Sebi over a blanket ban that restricts non-resident Indians (NRIs) and overseas citizens of India (OCIs) from being beneficial owners of FPIs. 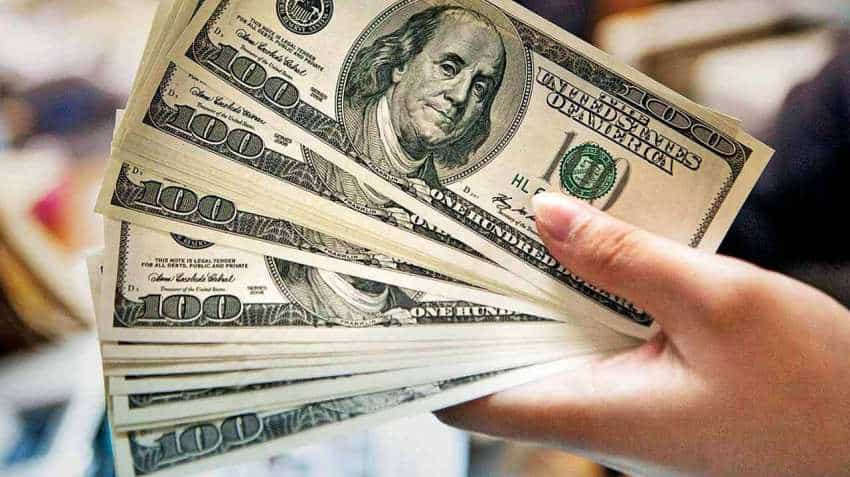 Even as FPIs pull out Rs 2,100 cr from India, they get some good news from govt

Rs 6700 crore in one month! Why foreign investors are bullish on India

Foreign portfolio investors (FPIs) and the stock market regulator Securities and Exchange Board of India (Sebi) are on a confrontational path. After Asset Management Roundtable of India (AMRI), the lobby group of FPIs, hit out at Sebi over a blanket ban that restricts non-resident Indians (NRIs) and overseas citizens of India (OCIs) from being beneficial owners of FPIs, the regulator on Tuesday lashed out by terming claims made by them "irresponsible" and "preposterous".

On Monday, AMRI said the immediate impact of the restriction would see an outflow of $75 billion of portfolio investments in a short timeframe.

Reacting to this, Sebi on Tuesday issued a statement saying, "It is preposterous and highly irresponsible to claim that $75 billion of FPI investment will move out of the country because of Sebi's circular issued in April 2018." It has earlier said the move is necessary under the prevention of money laundering norms.

On April 10, Sebi issued a circular for enhancing the KYC (know-your-customer) norms for FPIs and asked category-II and III FPIs to provide a list of their beneficial owners (BOs) in a prescribed format within six months from the date of the circular. However, in an August 21 circular, it said the above timeline has been extended to December 31, 2018.

"In order to bring further clarity, it is informed that NRIs/ OCIs cannot be BO of FPIs," the April 10 circular said, adding, "These FPIs are given time of six months from the date of this circular to change their structure or close their existing position in the Indian securities market."

"The core issue is the definition of BO and its use on placing investment restrictions. If that issue is not resolved in a timebound manner, the affected FPIs will have to take requisite actions that may include liquidation, and naturally, it will have an impact on the market and on FPI flows into India," Parker said in her statement.

She also said the circular is causing an "existential crisis" for NRI (including foreign nationals who are OCI/PIO) fund managers and resident fund managers who have invested huge time and resources in attracting foreign investment into India.

"We are here to help the government develop a framework so that India attracts good capital and avoids tainted money, but we feel that the circular creates an impression that all NRI and resident fund managers managing funds are facilitating tainted monies without any empirical study or evidence. We should not have a policy based on distrust and suspicion. Let's build mutual trust and a healthy ecosystem for FPI investment," she said.

However, the circular also clarified that if an FPI is category II investment manager of other FPIs and is non-investing entity, it may be promoted by NRIs/OCIs.

For long, FPIs have been major investors in the Indian stock market. A large chunk of investments in the equity markets is through the FPI route which comes from NRIs, OCIs and PIOs. The lobby group has warned about severe repercussions on the stock market and that rupee may fall further ahead of the general elections.

According to a forex expert, the Sebi circular on FPI is hurting the sentiments of the domestic currency. Rupee on Tuesday ended at a fresh record low of 71.58 per US dollar, while the key indices continued their fall even on the second day of the week. Sensex on Tuesday closed 154.60 points lower to 38157.92, while Nifty ended 62.05 points lower at 11520.30.

On Monday, while addressing a press conference, Parker said the circular, in effect, means that a person belonging to any other nationality can manage foreign money invested in India, but "we can't because we are Indians."

"This (circular) is racial discrimination," she said.

Addressing the press conference on Monday, Nishith Desai of the law firm Nishith Desai Associates, said the circular ended up treating all NRI fund managers as possible conduits for money laundering. According to him, $450 billion have been invested in the Indian market by FPI route, and the total investments affected could be as high as $100-150 billion, including huge investments in the mutual funds segment.

"These are funds mobilised by reputed fund managers of Indian origin and all of that will be disqualified one fine morning on January 1," he said, adding "Just to do KYC norms, we are stopping huge inflow of foreign capital to India."

Even as FPIs pull out Rs 2,100 cr from India, they get some good news from govt

Rs 6700 crore in one month! Why foreign investors are bullish on India