UK Sinha, Chairman, Sebi, was speaking at an event organised by FICCI on capital markets in Mumbai. 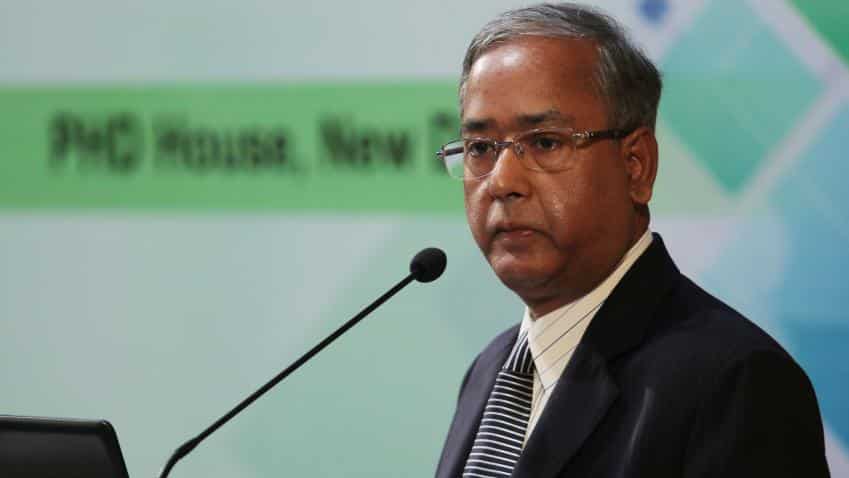 To bring it down further to T4, Sinha has directed a team to work towards it. Photo: IANS
Written By: Hitisha Jain
RELATED NEWS

The Securities and Exchange Board of India (Sebi) on Tuesday said that the regulatory body is working on reducing the time taken for listing companies on exchanges from current six days to four days (T4).

UK Sinha, Chairman, Sebi, who was speaking at an event organised by Federation of Indian Chambers of Commerce & Industry (FICCI) on capital markets in Mumbai, said that with Sebi's initiatives they are able to cut down the issue days from T12 days to T6 days. To bring it down further to T4, he has directed a team to work towards it.

"I have already asked my team to start working in that direction. I think it is possible to achieve that with the corporation of the government, Reserve Bank of India and the bankers", Sinha said.

Further, Sinha said that IPO issuance in this fiscal have been the best on the back of participation of retail investors in the primary markets.

"After a gap of several years, today we are in position to say that this financial year is going to be best year so far primary markets are concerned. We have substantial amount to money being raised in the first half of the year and the data is very encouraging", Sinha said.

Giving out the data, Sinha said,  "In two out of 15 IPOs, the number of retail investors has crossed one million. This is in my opinion a remarkable development that after years retail investors are coming into the markets and exhibiting their confidence and faith. I have also found out that two out of these 15 issues have been oversubscribed by more than 80 times."

"This is something which shows how much apetite for people to invest  in the markets if we can bring in an issue with reasonable and affordable price", Sinha added.

Sinha, in his speech also pitched for bringing a woman director on Sebi's board. "Sebi does not appoint its own board members, they are appointed by the government. But, we have already taken up with the government that we must have at least one woman member on Sebi board although there is no such legal requirement. The Sebi Act does not prescribe it but as a good measure we have asked the government to do it."

Sinha mentioned that number of decisions have been made in the field of corporate governance. "Over the last few years, SEBI has tightened rules on corporate governance, empowering independent directors, brining in rules on related party transactions and the rotation of auditors."

Moreover, Sinha said that in the recent board meeting it was decided that independent board members will evaluate Sebi’s performance. The whole time members will only cooperate and offer assistance while doing it.

Sinha said that Sebi is still in the process of finalizing the norms on algorithmic trading.  "Regulators world-over are struggling to find a solution to this and will not compromise market integrity. We have come out with detailed discussion paper with seven to eight options. We have started the process of consultation. I would like to assure that while we are keen to take decision, we will not do anything in huff".

He said that Sebi does not want to take any decision in "huff" and after seeking help of experts, final call will be taken.

Cleaning up of historical baggage

Sinha said that there is need to clean up historical baggage for the capital markets. For this, Sebi's priority is to delist the companies which have been suspended on the national stock exchanges.

"Here, the interest of shareholder have been compromised. How will it be done?Promotors and management need to give exit options to minority shareholdersat fair price. The process is already begun, as both NSE and BSE are working on it. We have come out with detailed guidelines. If promotors do not follow this path, there will be concequences.

Talking on Infrastructure Investment trusts (InvITs) and Real Estate Investment Trusts (REITs), Sinha said that the issues pertaining to both were being resolved and more InvITs
and REITs would soon be registered.

Amended regulations now facilitate growth and allow foreign portfolio investors (FPIs) to directly trade in debt markets. He added that framework of disclosures and pricing were also being reviewed.

TAGS:
UK SinhaSecurities and Exchange Board of India (Sebi)Listing daysFederation of Indian Chambers of Commerce and Industry (FICCI)Economy
RELATED NEWS