U.K. Sinha, chairman of the Securities and Exchange Board of India (SEBI), said improved regulations make it much easier for investors in the country`s over-4,000 technology startups to eventually cash out through initial public offers in Asia`s third-largest economy. 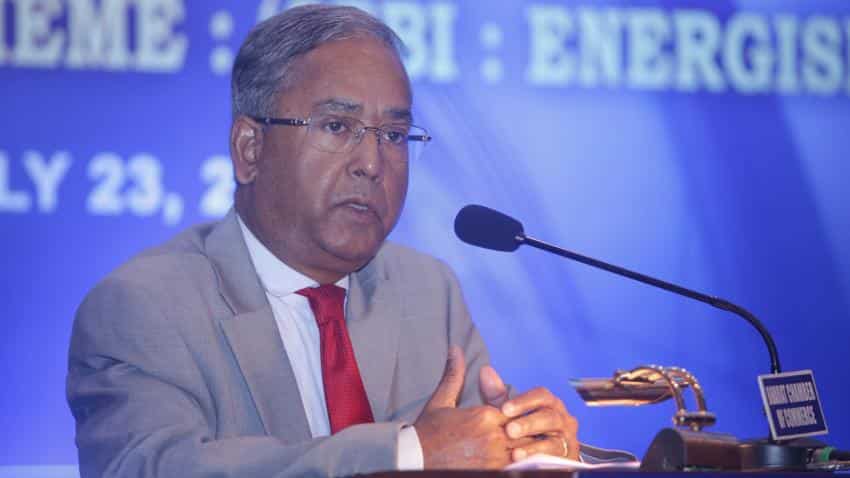 Kolkata: Securities and Exchange Board of India (SEBI) chairman U K Sinha addresses during the special session of `SEBI: Energizing The Capital Market` organised in Kolkata, on July 23, 2015. (Photo: IANS)
Written By: Reuters
RELATED NEWS

Investors seek to get high on Marijuana startups

U.K. Sinha, chairman of the Securities and Exchange Board of India (SEBI), said improved regulations make it much easier for investors in the country`s over-4,000 technology startups to eventually cash out through initial public offers in Asia`s third-largest economy.

"The technology startup scene in India has picked up dramatically," Sinha told Reuters in an interview on Thursday. "A lot of investment has taken place in those companies from Silicon Valley. The question is how they exit, and what is the minority shareholder protection available to them?"

A 2013 overhaul of India`s corporate governance rules clamped down on related-party transactions benefiting majority shareholders. It also beefed up the role of independent directors and audit committees on company boards.

Minority shareholders in India now have stronger rights than in the United States, Sinha said.

In Silicon Valley, corporate governance can be a thorny issue. In April, Facebook said it would create a new class of non-voting shares so that Chief Executive Officer Mark Zuckerberg could give away his wealth without relinquishing control of the social media juggernaut he founded.

Alphabet has its own widely traded non-voting shares.

In a recent World Bank report, India ranks among the top 13 countries for protecting the rights of minority investors, with the United States lagging in 35th place.

Still, IPOs in India`s tech sector remain extremely rare, partly because investors in the country are unaccustomed or even skeptical of how venture capitalists value cash-burning companies with no physical assets, Sinha said.

To encourage more startups to go public, India has created an alternative set of regulations they may choose to follow.

Comparable to the Jobs Act introduced in the United States four years ago, Indian startups may elect to follow rules requiring less disclosure ahead of their listings, but which also restrict their share sales to sophisticated investors.

"We are encouraging these companies to go public. We have met most of their requirements," Sinha said. "They will get listed because their private equity investors have to have an exit."

Investors seek to get high on Marijuana startups