UDAN scheme envisages connectivity to un-served and under-served airports of the country through the revival of existing air-strips and airports. It aims at connecting these airports with airports in big cities. 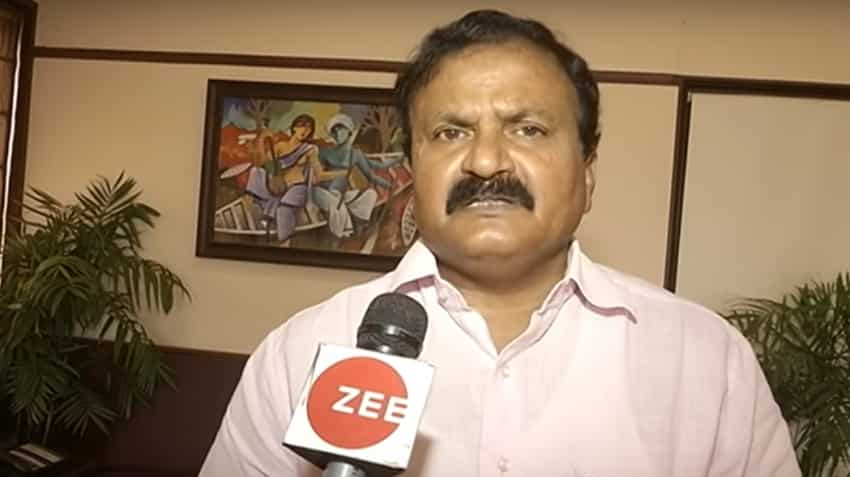 Airport Authority of India (AAI) chairman, Guruprasad Mohapatra, in an exclusive interview with Zee Business's Sameer Dixit, said UDAN scheme envisages connectivity to un-served and under-served airports of the country through the revival of existing air-strips and airports. It aims at connecting these airports with airports in big cities. He also added the DigiYatra’ initiative aims to bring together the entire industry to develop a digital ecosystem that will deliver Indian flyers a seamless, consistent and paperless service experience at every touch point of their journey.

Excerpts from an interview:

Q: What is the status of the Regional Connectivity Scheme, UDAN scheme and how many airports developed under it are functional at present?

A: UDAN (Ude Desh Ka Aam Naagrik) is a very important programme of the government as well as for the Airport Authority of India (AAI). The scheme UDAN envisages providing connectivity to un-served and under-served airports of the country through the revival of existing air-strips and airports. It aims at connecting these airports with airports in big cities.

Till date, two auctions have been undertaken under UDAN scheme. 25 airports, which were developed under the first auction are functional today. Adampur airport in Jalandhar, Punjab, is the 25th airport that became operational this week.

In addition, work on 50 airports, auctioned under UDAN-2, have been completed. I feel, by end of the year (2018), about 60-70 more airports will become functional under the scheme.

Q: How soon are we going to see the services in Sikkim? Can you also say mention which airports will become functional under the second round of the scheme?

A: Unfortunately, Sikkim is the only state that doesn't have a single airport, yet. The airport is an essential need of the state for its own requirements as well as for tourism. But the good news is that work on a new airport in the state has been completed. Currently, the process of licencing is going on and will be completed soon. Spicejet, which got the bid for Sikkim under UDAN-II, will start functioning in the state soon. We hope, soon other potential airlines will also come forward for services in the state.

Q: Apart from UDAN, I would also like to know about the present capacity of Indian Aviation sector and its growth in coming 5 years or 10 years?

A: India's growth rate is the highest, at present. Yes, it sounds good to hear but its also a challenging task and the biggest challenge before the government is how to fulfill the demand. Therefore, we have worked on a perspective planning for 5, 10, 15 years.

You can look at yesterday's announcement by the civil aviation ministry under which Rs 1 lakh crore will be invested in next five years to develop the airport infrastructure sector in the country. The investment will be made to develop both public and private airports. On the public airports front, the AAI will be spending about Rs 21000 crore for development of infrastructure in 22 airports in the next five years. Interestingly, the cabinet also granted its approval for expansion of integrated terminals at Chennai, Guwahati and Lucknow airports at a cost of over Rs 5,000 crore for developing greenfield airports.

These airports are expanded to handle the pressure of 900 new aircraft that will be joining the existing fleet soon. Under the development plan, aircraft parking bays will be created along with the expansion of the terminals, runway as well as aprons.

Q: This plan to develop infrastructure will also call for private investment. How will this fundraising exercise for these projects be conducted? Is it going to be market-borrowings or some new mechanism will be adopted for the purpose?

A: Airport Authority of India has never gone in for market borrowing, but this time we are eyeing a very ambitious investment plan. Thus, we have decided to go for 60% debt and 40% equity component in raising money. Earlier, we borrowed Rs 1500 crore under round 1 and now we will have to borrow for these three projects, Chennai, Guwahati and Lucknow. This will be done in the same ratio of 60:40.

A: Our proposal on the tentative amount that will be needed per year has been approved by the board. We took approval for Rs 1,500 crore during the last financial year.
In addition to bank borrowings, we will also opt for other ways to borrow like Masala bonds and dollar innovated bonds. Currently, we are experimenting with all kinds of ways will go ahead with the one that suits us the best.

Q: You have invited private players in case of Ahmedabad and Jaipur airports. Interestingly, you also tweaked the bidding conditions. What is the status of the same, at least when dominant players like JVK have shown their interest in the project?

A: Currently, AAI handles 129 airports in India and several small airports are being developed under the UDAN scheme. The major concern of AAI and the government is why all these airports should be handled by it. So, we worked on a plan to partially privatise Ahmedabad and Jaipur airports. The bidding received for these airports are being scrutinised. Soon, a decision will be made.

Q: Can you please explain the meaning of DigiYatra?

A: ‘DigiYatra’ initiative aims at providing a digital ecosystem to Indian customers under which s/he will get a seamless, consistent and paperless service experience at every touch point of their journey. This means, during the process, a passenger will be digitally snapped at the gate of the airport and acting as a digital identity, the snap will help him without being frisked at every point. Under the existing process, the traveller is supposed to prove his identity at the entry gate of the airport to the CISF personnel, later he is frisked and is supposed to prove his identity at many other points. But DigiYatra will facilitate him/her to be free from all these hassles.

For the purpose, we invited experts of all shareholders including airlines and airport operators among other to devise a mechanism for it. At present, the mechanism is under consideration of the ministry. Once approved, it will be launched at 5 private airports and three airports, namely Varanasi, Kolkata and Vijayawada, that are controlled by the AAI.

Q: How soon, will we be able to see its implementation?

A: We are waiting for the approval from the government. I feel it will be implemented within a year from the date of its approval.

Q: Can you tell us about the amount of time that a passenger will be able to save after the initiative is launched?

A: I can't provide any exact time for the same but can cite an example of my journey from  Singapore's Changi airport back to India. I was able to reach the boarding gate within 1 minute to 1.30 minutes from the gate.