The apex court also directed Amrapali Group of companies, which are yet to hand over possession of flats to around 42,000 hassled home buyers, to place before it details of all its bank accounts from 2008 till today and ordered freezing of bank accounts of all the directors of its 40 firms besides attaching their personal properties. 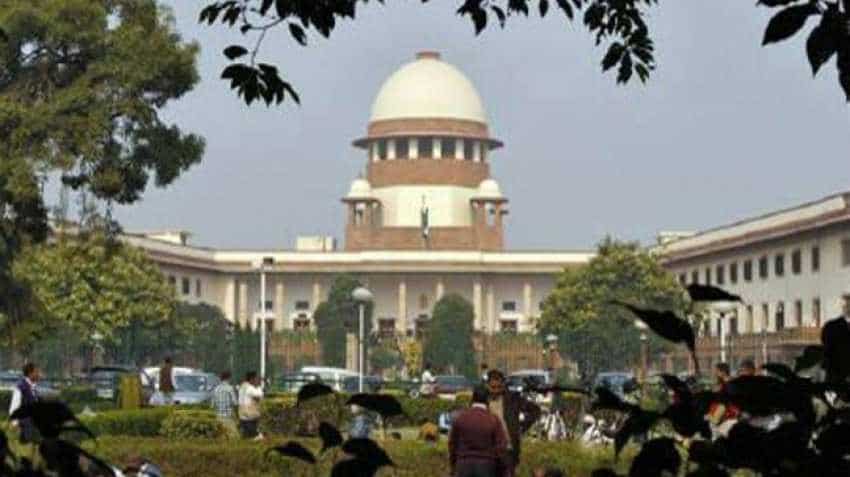 The Supreme Court today cracked the whip on Amrapali Group of companies for playing "fraud" and "dirty games" with the court and ordered attachment of all bank accounts and movable properties of 40 firms of the real estate major. Image source: Reuters
Written By: PTI
RELATED NEWS

The Supreme Court today cracked the whip on Amrapali Group of companies for playing "fraud" and "dirty games" with the court and ordered attachment of all bank accounts and movable properties of 40 firms of the real estate major.

The apex court also directed Amrapali Group of companies, which are yet to hand over possession of flats to around 42,000 hassled home buyers, to place before it details of all its bank accounts from 2008 till today and ordered freezing of bank accounts of all the directors of its 40 firms besides attaching their personal properties.

While taking note of alleged diversion of Rs 2,765 crore funds collected from the investors by the group, a bench of justices Arun Mishra and U U Lalit said it prima facie amounted to criminal breach of trust and it would deal with the issue after hearing the parties.

The court said that the group companies shall not be entitled to deal with either the bank accounts or the movable properties in any manner whatsoever without its permission.

The bench also took umbrage as to how the National Buildings Construction Corporation (India) Ltd has issued advertisement inviting co-developers for doing the work related to Amrapali group without taking approval of the apex court.

The apex court summoned the chairman of NBCC (India) Ltd and the secretary of Ministry of Housing and Urban Affairs for tomorrow to explain their stand on the issue observing that the "unfair" move by the corporation was apparently to "scuttle" the court's order.

It directed Amrapali Group to place before it the names of chartered accountants (CAs), both external and internal, who were handling the accounts of these 40 firms.

At the outset, the bench expressed its displeasure as to how the NBCC could proceed with the matter and issue such advertisement without its approval when the apex court was seized of the matter. "This is not the way. It is sheer contempt of court. It is not fair. Totally unfair things are going on," the bench said, adding, "Are they law to themselves? When we are seized of the matter then propriety demands that they should first come before us."

"They feel that they can run a parallel sort of legal proceedings? It is not only contempt but it is a serious kind of fraud on the investors and the court," the bench said while asking how could NBCC "intermingle" with the court's order.
The apex court said that it wanted to know who has issued the advertisement and under what circumstances the process was initiated.
The bench also pulled up Amrapali Group for "flouting" its orders and said that its directions have not been complied with and the firm was not only "defrauding" the court but also playing "dirty games" with it. It also said that despite its order, the group has not placed before it the bank account details from April 2008.
"We are literally shocked as to what has happened," it said.

Senior advocate P S Patwalia, appearing for the group, handed over some documents to the court but the bench, after perusing them, said it was only like a balance sheet and details of bank accounts from 2008 was not there.
"They (Amrapali group) want to play hide and seek with the court," the bench said, adding, "Does your client (Amrapali) feel that they are above everybody?". "They are defrauding the poor people," it said.

"Till tomorrow, we want all bank accounts details of Amrapali group. If there is non-disclosure, we will haul everyone for contempt," it said.

The bench wondered as to how Rs 2,765 crore received from the investors was diverted for completion of other projects of the group and questioned as to how the CAs had certified it. It said the group has also not deposited Rs 250 crore as directed earlier and observed that "serious contempt has already been committed".

The bench said that the real estate firm has "misguided" the court in the matter and it was "too much". Patwalia, while saying that he would not appear for the group in the matter from now onwards, said that three projects of the group at Bareilly and Greater Noida in Uttar Pradesh and Muzaffarpur in Bihar was complete and if sold, it would fetch around Rs 300 crore.

The bench told Anil Kumar Sharma, Chairman and Managing Director of the group, who was present in the court, to furnish details of the 40 firms as well as their directors and account details.

The court was earlier told that a high-level committee has been constituted by the Uttar Pradesh government to redress the issues of home-buyers and affected parties of incomplete or stalled housing projects at Noida, Greater Noida and Yamuna Expressway, under the chairmanship of secretary of Ministry of Housing and Urban Affairs. The group had said that it was in talks with the Centre for construction of its pending, unsold and future projects by NBCC and had already submitted a proposal in this regard.

The company had earlier told the court in an affidavit that it was not in a position to complete the projects and hand over possession of flats to over 42,000 home buyers in a time-bound manner.