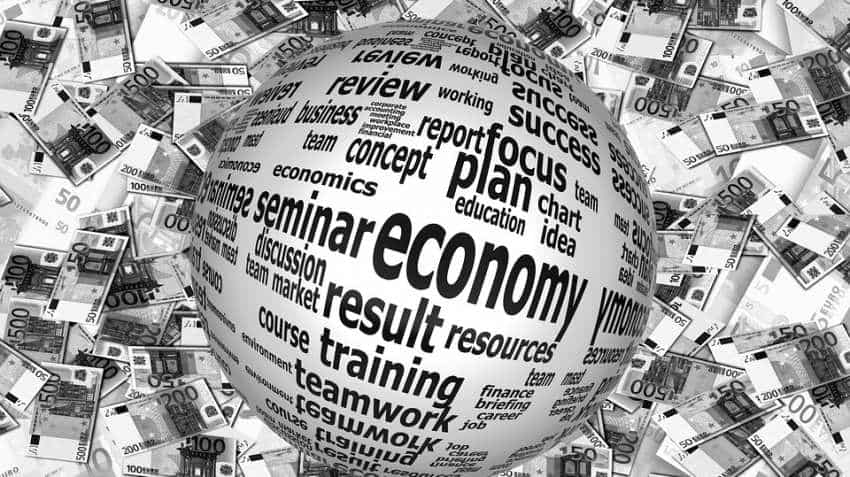 Former Economic Affairs Secretary, Subhash Chandra Garg in a 73-page note sent to the government for making India into a $ 10 trillion economy has justified "closing down or selling off much of the public sector". "This note is based on my understanding of the economy and finance developed largely during my stay in the Finance Ministry as Secretary Economic Affairs", Garg said in the note.

On being asked about feedback from the government, Garg said: "The government has taken note of the suggestions. The government will take whatever decisions they need to".

The note lists out hundred major economic, financial and governance policy reforms and investment stimulating measures which India needs to take to build the $ 10 trillion economy by early 2030s.

Justying "closing down or selling off most of the public sector, Garg wrote that "the governments are not very good producers of goods and services. The governments should therefore, as a policy, not be doing businesses".

Garg lamented that "Public sector is not for making profits" and `public sector should be an ideal employer` slogans are used to make losses or invoked to give salaries and benefit to public sector employees.

"Such mindsets reflect production of goods and service as equivalent to pushing some files. Rule of business -- the value addition should be equal to or higher than the wages to be paid and the charge on the capital employed -- if not satisfied in any public sector entity should result into closer or sale-off of such a business. As this would be true for most of the cases, there is justification in closing down or selling off much of the public sector", Garg said.

In the note, Garg has cautioned the government against going in for "paracetamols" and "steroids" for boosting growth in a growth slowdown.

"When growth slows down, there is a widespread concern and angst aimed mostly at the government with the expectation that the government would bail out the economy from the situation. The pressure becomes intense when slowdown is sharper. There is also pressure on the Government to relieve the economy of the slowdown quickly", the note said.

"This leads many times for the government to look for quick fixes -- paracetamols for taking care of feverish condition and steroids for `jump starting` growth. These quick fixes, more often than not, do not work. Might provide temporary relief but the medicine administered in the form of these quick fixes generally do more harm in the long run or at least prove to be disproportionately costly", Garg said at a time when the government is indeed facing flak for the slowdown in the economy.

On farming, Garg has recommended that farming should be treated as a business and that giving subsidies is not solving any problems.

"Farming is also a business. It has, however, been treated as some sort of patriotic service like the soldiers who guard our borders. Treating farmers `annadata` evokes lot of emotions, but does not treat farmers fairly. In fact, it institutionalises the farmer as a person expected to do sacrifice and suffer", Garg said.

Garg said that artificial interventions such as fixing Minimum Support Prices require entire excess production to be siphoned off the domestic market. In the absence thereof, the income of the farmer gets depressed. Much of the agriculture or rural distress is on account of this situation. Treating farming a business would require balance to be restored between demand and supply and raising the value addition to decent enough level for supporting farmers` income.

Garg has also argued for withdrawing any artificial support to MSME sector. "It is quite erroneous to think that any particular form of business should be promoted or supported for the sake of form. Tiny, micro, small, medium and large, all these forms of businesses have strengths of their own and are best fit for specific businesses. The Governments would serve the cause of employment or MSME or raising growth most by understanding and treating all production of goods and services as businesses", Garg said in the note.

On attracting investments in infrastructure, former DEA Secretary has said that there is tremendous lack of information which makes infrastructure sectors appear excessively attractive (auction of mobile spectrum or road concessions on BOT basis sometimes, most of the times it is too intimidating for the private sector.

He said banks also do not understand infrastructure; nor do they have funds to match such long-term requirement. This resulted into large non-performing losses when Indian banks attempted to do so, he wrote.

While slow-down in housing and construction investment started about 7-8 years ago and is still persisting, there is slowdown in road highways, power generation and telecommunications now. Most infrastructure enterprises are still with the Government in railways, roads, coal and power.

The note said that government`s investment capacity, including that of the public secotr, is severely limited.

Garg said that serious policy and programme measures required to make these sectors attractive to kick-start the investment cycle in private sector.