Dr N Kamakodi, MD & CEO, City Union Bank, expresses his views on Supreme Court’s decision that quashed the RBI’s 12 February circular and its implication on the banks during an interview with Zee Business. 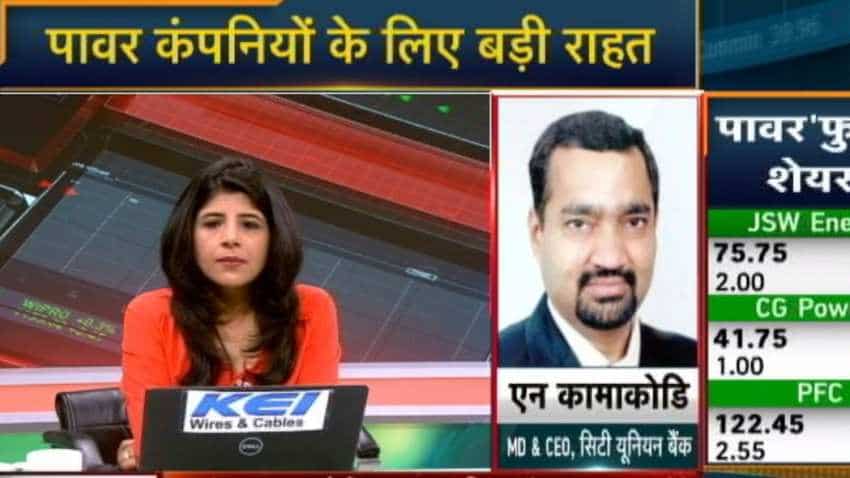 Dr N Kamakodi said, "Yes, whatever steps have been taken having all bankers together will be coming into place." Image source: Zee Business
Written By: Swati Khandelwal

Dr N Kamakodi, MD & CEO, City Union Bank, provides his views on Supreme Court’s decision that quashed the RBI’s 12 February circular and its implication on the banks during an interview with Swati Khandelwal, Zee Business. Excerpts:

Q: What is your take on Supreme Court’s decision in which it has quashed RBI’s 12 February circular against defaulter? The decision will ease the concerns of the debt-laden companies, but will it have any impact on the bank?
A: It may bring short-term benefits but if seen in a long-term then it will delay resolutions. The most important thing of the 12 February circular was that it put pressure on the defaulting companies and take it to a logical conclusion. This judgment will probably bring some delay in the resolution initiation and it is too premature to say. Overall, it will be neutral, but you will have some sort of issues particularly in the cases where resolution has happened because of the pressure that was created by the circular.

Q: Do you think that a joint lenders forum format will be introduced by the bankers to recover the dues from the defaulters?
A:  Yes, whatever steps have been taken having all bankers together will be coming into place. But will have to look at the implications of the ongoing individual negotiations with lenders and introduce changes that need to be done, probably things will happen.

Q: Do you think that the decision would give a pause to accounts that were close to resolution due to the absence of any timeline, if yes, then will it have a negative impact on the banks?
A: I was saying the same. Earlier, there was a six-month deadline and we were supposed to work within those limits. This was creating extra pressure on companies and needed more efforts to close the accounts. But, the judgement will bring some flexibility in the process and will create some delays in the solution of something which is being anticipated at this point in time.

Q: The ruling may affect stressed assets (NPAs) worth around Rs2.2 lakh crores. So, update us on the timeline that will be followed by the banks from here onwards, particularly, by City Union Bank?

A: See, our bank was not working in power and infra sectors, so we don’t have any direct impact either. Another thing is that the judgement on the February Circular will have more impact on issues that may come in future as it will not have major implications on the ongoing problems. But, we are not aware of the steps to deal with future defaults and I think that things will get clear as we move forward.