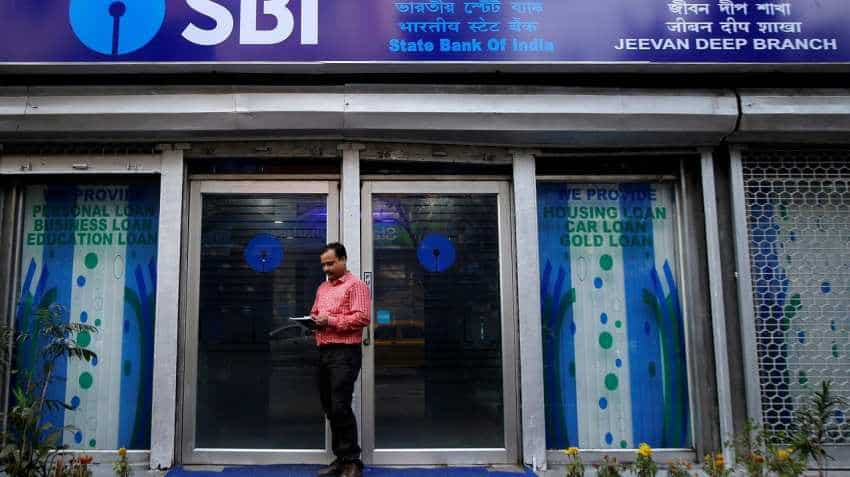 SBI or the State Bank of India has said that Indian states have a crucial role in helping the Government achieve the $5 trillion economy by 2024. Photo: Reuters
Written By: Asit Manohar
Edited By: Harish Dugh
RELATED NEWS

Modi government has targetted the $5 trillion mark as a goal for the Indian economy. Various views have been expressed about it and now, SBI or the State Bank of India has revealed how that can be done. SBI research said that Indian states have a crucial role in helping the Government achieve the $5 trillion economy by 2024. They have to transform by undertaking various structural reforms and learn from each other. Since there are wide differences in Indian states, the contribution of each in the Government’s goal will be different.

Elaborating upon the states' role in making India a $5 trillion economy by 2024, Dr. Soumya Kanti Ghosh, Group Chief Economic Adviser at SBI said, "For our analysis of how different states stack up in terms of their relative ranks, we decided on a bouquet of state-level indicators and juxtaposed the same on a paired basis based on their supposed causation. Subsequently, we constructed a composite indicator using a PCA analysis by using eight  variables namely GSDP, population, fiscal deficit, tax revenue collected, national highway length, power availability, unemployment and infant mortality." Dr. Ghosh said that the result shows states of Maharashtra, Uttar Pradesh, Tamil Nadu, Karnataka, Gujarat, Rajasthan, West Bengal, Madhya Pradesh, Andhra Pradesh and Telangana are the more promising states as these states together account for around 16.8 per cent of the global GDP (in PPP terms), when compared with countries with approximately same population size.

"We would strongly recommend that states should maintain policy continuity and such should be political regime agnostic, as there have been regime changes in some of these states. For example, rather than going for short term measures like farm loan waivers which lead to moral hazard problem, impacting the credit culture, measures should be taken to improve the agricultural productivity as in many states agriculture is the mainstay," said Ghosh.

He added, "Simultaneously, we believe the Government should speed up the much-awaited land and labour reforms so that the states can grow to their full potential. For example, as land acquisition is a concurrent subject, many States have come up with their own laws to amend the Central Act. Though States have evolved their own amendments to the Central Act, the Centre should make the National Act on Land Acquisition clear and transparent so as to avoid conflicts due to differences in interpretations."