Last April, the nation's largest lender had re-introduced the penal charges on non-maintenance of average monthly balance, after a gap of five years. Later in October, the bank had revised down the charges to some extent. 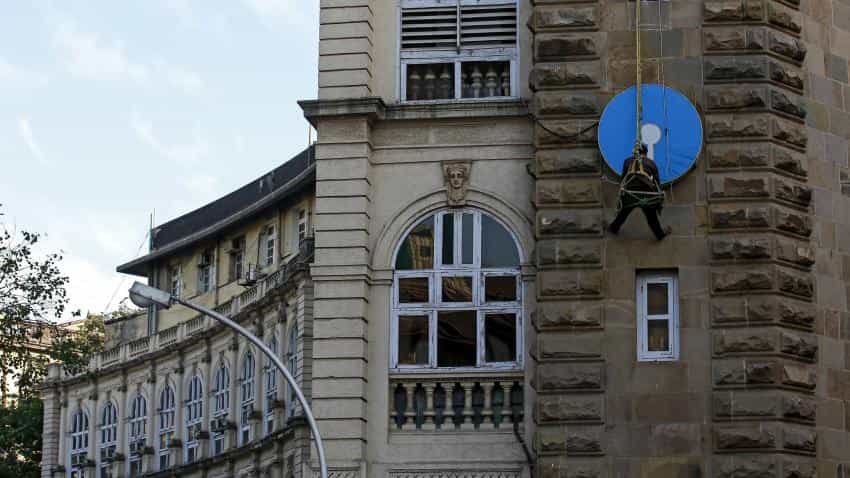 The bank has strong deposit franchise having 41 crore savings accounts and the above revision will benefit around 25 crore customers. Image source: Reuters
Written By: PTI
RELATED NEWS

State Bank of India today reduced the penalty charges on non-maintenance of average monthly balance by up to 75 per cent from April 1 as the measure had faced a public backlash for raking in huge profits by way of penal charges. However, the bank has not lowered the monthly minimum balance requirement which has been retained at Rs 3,000 for metro customers, at Rs 2,000 for semi-urban accounts and at Rs 1,000 for rural accounts.

The move will eat into the fee income of the bank, which had reported first quarterly loss in 20 years, as it had to make huge provisions for bad loans.

"We've reduced these charges taking into account the feedback and sentiment of our customers. We have always focused on keeping the interests of our customers first and this is one of our many efforts towards fulfilling customer expectations," SBI Managing Director for retail and digital banking P K Gupta said in a release.

Last April, the nation's largest lender had re-introduced the penal charges on non-maintenance of average monthly balance, after a gap of five years. Later in October, the bank had revised down the charges to some extent.

Between April and November 2017, the bank netted a windfall of Rs 1,771.67 crore, more than its second quarter profit, from customers for non-maintenance of minimum balance, according to the finance ministry data.

The bank today reduced the charges for non-maintenance of AMB in the metros and urban centres from a maximum of Rs 50 per month plus taxes at 18 per cent to Rs 15 a month and taxes. For urban and metro customers average monthly balance is of Rs 3,000 per month.

For semi-urban and rural centres, the charges have been reduced from Rs 40 to Rs 12, and Rs 10 per, respectively.

The bank has strong deposit franchise having 41 crore savings accounts and the above revision will benefit around 25 crore customers, he said.

The bank offers its customers the option to shift from regular savings accounts to basic savings bank deposit (BSBD) accounts on which no charges are levied, he added.

Of the 41 crore savings accounts, 16 crore are under the Pradhan Mantri Jan Dhan Yojana (PMJDY)/BSBD and of pensioner, minors, social security benefit holders which are all exempted from the penalty for not maintaining of the minimum balance.

The country's largest lender's penalty on customers for non-maintaining minimum balance is much less than its private sector peers, though.

For instance, ICICI Bank and HDFC Bank have a minimum monthly average balance requirement of Rs 10,000 for a regular savings accounts in the metros and urban locations. While ICICI charges Rs 100 plus 5 per cent of the shortfall in required MAB, HDFC Bank charges up to Rs 600 for not maintaining the balance.

SBI's penalty on non-maintenance of AMB has been defended and justified by chairman Rajnish Kumar and his predecessor Arundhati Bhattacharya.

Last month, Kumar had said savings accounts are a product in which it is expected that some money would be available and transactions will take place.

There are huge transactions costs associated with savings bank accounts, he had said.

"When an SBI customer uses debit card at some other bank ATM, then SBI has to pay Rs 17 to the bank. My outgo on the ATM card itself is Rs 1,500 crore annually. Somewhere the bank also needs to recover its cost," he had said.

He said there are more than 14 crore BSBD accounts, where the bank don't charge anything and the It also handles 40 per cent of the financial inclusion accounts.

"We all, including myself, want a first class service, but want everything free...I also like it. But it can't work this way that everything comes free," Kumar said.