SBI Savings Account Deposit, Loan Interest Rates: The new rates linked the external benchmark rate of the repo rate, will be effective from May 1, the bank said in a statement. SBI said it will link the savings bank deposits, with  balance  above Rs 1 lakh to the repo rate with  current  effective rate being 3.50 per cent per annum, which is 2.75 per cent below the present repo rate. 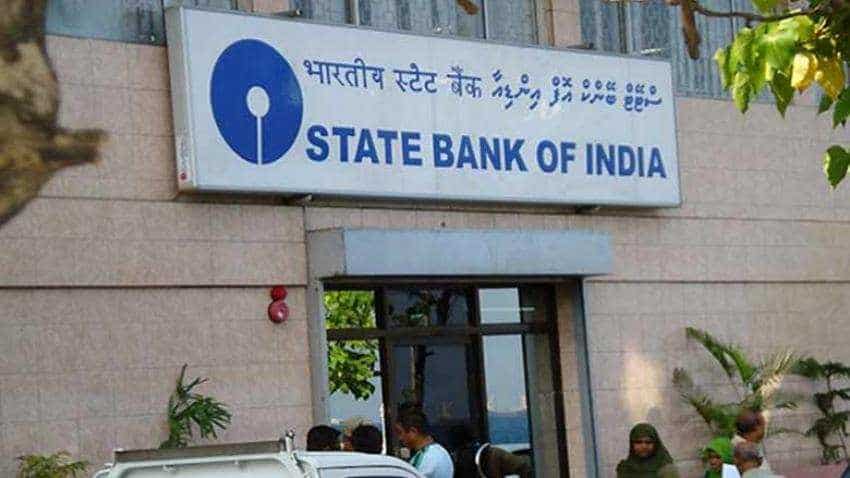 State Bank of India (SBI), has effected the process for transmission of low interest rates to its borrowers and depositors, Photo: PTI
Written By: IANS
RELATED NEWS

SBI Savings Account Deposit, Loan Interest Rates: The country`s largest lender, State Bank of India (SBI), has effected the process for transmission of low interest rates to its borrowers and depositors. In a late Friday decision, the bank announced that it has it linked interest rate on savings account with a balance above Rs 1 lakh and short-term loans to the Reserve Bank of India`s (RBI) repo rate, effective from May 1. This means that savings account interest rates and interest rate on a few loans will change as and when the regulator changes its repo rate.

The RBI`s current repo rate stands at 6.25 per cent. Repo rate is the rate at which banks borrow money from the Central bank. With the changes, SBI has become the first bank to link its savings, deposits rates and short-term loans to the RBI`s repo rate.

This is expected to speed up the monetary transmission process without much delays. SBI has done it on a suo motu basis. Last month, RBI Governor Shaktikanta Das had asked the banks to lower interest rates following it repo rate cut.

The new rates linked the external benchmark rate of the repo rate, will be effective from May 1, the bank said in a statement. SBI said it will link the savings bank deposits, with balance above Rs 1 lakh to the repo rate with current effective rate being 3.50 per cent per annum, which is 2.75 per cent below the present repo rate.

The bank has also linked all cash credit accounts and overdrafts with limits above Rs 1 lakh to the repo rate plus a spread of 2.25 per cent. The risk premia over and above this floor rate of 8.50 per cent will be based on the risk profile of the borrower, as is the current practice, the bank statement added.

To insulate the small deposit-holders and small borrowers from the movement of external benchmarks, the bank has decided to exempt savings bank account holders with balances up to Rs 1 lakh and borrowers with cash credit accounts and overdraft limits up to Rs 1 lakh from linkage to the repo rate, the bank said.

"To address the concern of rigidities in the balance sheet structure and address the issue of quick transmission of changes in the RBI policy rates, effective May 1, 2019, we`ve taken the lead in linking key pricing decision for savings bank deposits and short-term loans to the repo rate of the RBI," the SBI said in the statement.

Currently, the bank is offering a rate of 3.50 per cent for savings bank deposit rates up to Rs 1 crore, and 4 per cent above Rs 1 crore.

But the move will only benefit depositors with a balance of over Rs 1 lakh in their accounts and will in fact see large depositors losing on the interest rate as at present a savings bank holder get paid 4 per cent annum after the RBI had deregulated the pricing of deposit rates.

Despite the recent RBI rate cut, banks were not keen to reduce their lending and deposit rates as the deposit accretion continued to lag credit growth.

Cutting deposits rate was not a feasible option amid slowing deposit growth and they were unable to protect heir margins over this, bankers had told the RBI.

To push the banks follow the line, Former RBI Governor D. Subbarao had ended the BPLR (benchmark prime lending rate) regime and brought in bank rate which also failed as it was opened only to new borrowers and the existing borrowers. Former RBI Governor Raghuram Rajan introduced base rate regime but with no effect.

The last governor Urjit Patel ended the base rate regime and launched the MCLR (marginal cost-based lending rate) regime but the problems of slow transmission continued and this pushed him to enforce April 2019 deadline for all loan pricing to move onto an external benchmark.
But the present Governor Shaktikanta Das has lifted that deadline as banks are already under stress due to large NPAs.