Sarkar Box Office Collection: Thalapathy Vijay  starrer  Sarkar has been released on Tuesday, November 6, 2018, thereby doing away with the practice of releasing new movies on Thursday/Friday. 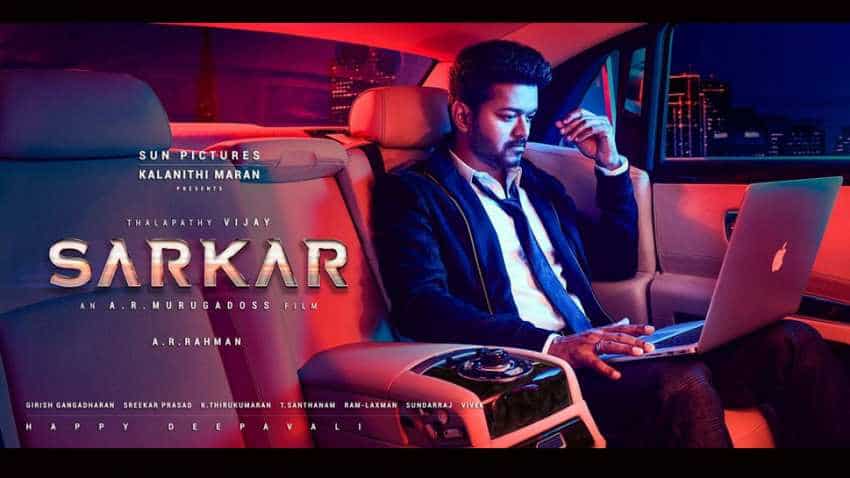 Thalapathy Vijay starrer Sarkar has been released on Tuesday, November 6, 2018, thereby doing away with the practice of releasing new movies on Thursday/Friday. Image source: Twitter

Sarkar Box Office Collection: Thalapathy Vijay starrer Sarkar has been released on Tuesday, November 6, 2018, thereby doing away with the practice of releasing new movies on Thursday/Friday. Now, the much awaited Bollywood mega-starrer Thugs of Hindostan has been released worldwide today.

While Sarkar has reportedly earned over Rs 70 crore worldwide on Day 1, some film trade analysts expect one of its kind film, the Aamir Khan, Katrina Kaif and Amitabh Bachchan starrer Thugs of Hindostan to earn Rs 50 crore in India only on opening day.

Vijay starrer Sarkar has broken many records on the box office on day 1. It has not only conquered Baahubali 2, but has also created several new records in India and abroad as well. The film has earned around Rs 30 crore in Tamil Nadu, highest for any Tamil Film so far while it has earned Rs 2.37 crore in Kerala, beating the Rajinikanth's Kaala which had earned Rs 1.75 crore.

The film directed by AR Murugadoss has also created records in the overseas markets. Film critic and trade analyst Taran Adarsh has said that the film has managed to receive one of the biggest starts by an Indian film in Australia. It has also made it to the top three Tamil movies in America.

Coming back to the Thugs of Hindostan, the Vijay Krishna Acharya directed film is expected to get screened in around 6,000 theaters worldwide. Given that if it earns Rs 50 crore on Day 1 in India, its overseas collections might bring it at par with Sarkar or it may even overtake the Sarkar's day 1 collection.

However, given the massive response which Sarkar has received so far, it may well eclipse the earning of the Thugs of Hindostan. Sarkar has already an upper hand in terms of early release, good movie reviews and word of mouth which may further boost the movie.