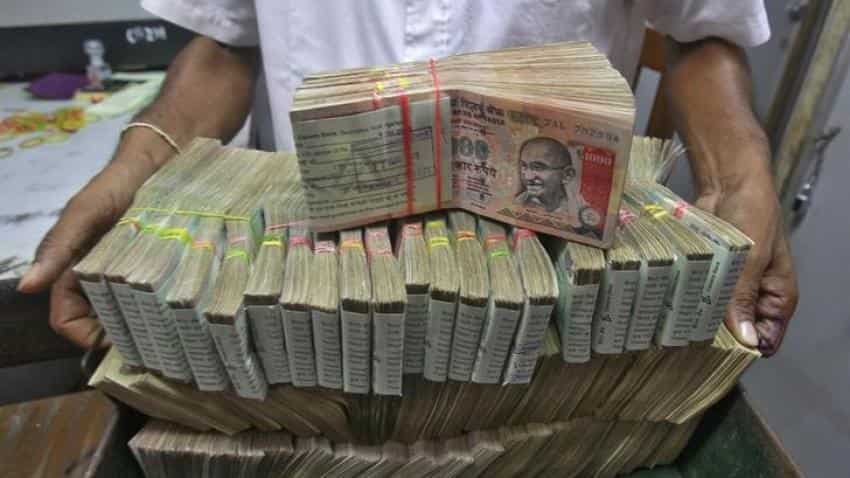 The ministry notification has a list of 196 NBFCs that will benefit under the new framework. Representational image. Image Source: Reuters
Written By: PTI
RELATED NEWS

Domestic rating agency Icra has said the decision to extend provisions of the Sarfaesi Act to loans given by non-banking finance companies will help bring down delinquencies and may result in cheaper funds for borrowers.

"The access to the Sarfaesi Act will strengthen NBFCs' ability to contain life-time losses," the rating agency said in a weekend note after the finance ministry decided recently to extend the provisions of the Securitisation and Reconstruction of Financial Assets and Enforcement of Security Interest (Sarfaesi) Act 2002 to non-banking financial companies (NBFCs) with over Rs 500 crore in assets.

The ministry notification has a list of 196 NBFCs that will benefit under the new framework.

"If credit costs were to come down, there could be some moderation in lending rates by NBFCs, which would benefit borrowers, going forward," the agency added.

The report said the move is credit-positive for NBFCs with a retail focus, especially those which are in the mortgage space. As of March this year, only 19 per cent of the overall NBFC credit of Rs 5 trillion was extended as loan against property (LAP) and housing loans.

"If we add the loans extended to SMEs, which include both property-backed and non-property backed credit to LAP, the total NBFC credit stood at Rs 1.2 trillion," it said, adding that the share of non-property is very modest.

The average ticket size for LAP is pegged at Rs 10-13 million and up to 65 per cent of the book is estimated to have a ticket size of over Rs 10 million, which is the threshold for enforcement of security interest, it said.

The report further noted that large NBFCs having over Rs 100 billion in assets under management will be benefiting more through this decision while small and mid-sized ones will not as their average loan sizes are under Rs 2.5 million.

The report blamed poor underwriting and over-leveraging of borrowers for the rising 90+day delinquencies in LAP and SME loans of NBFCs, which rose to 2.8 per cent in March 2016 from 2.2 per cent a year ago.

The Sarfaesi law will result in some moderation in NPAs as proceedings towards possession and sale of the security can get completed in two years as against three years required for action under the provisions of the Negotiable Instruments Act.

The report, however, conceded that proceeding under the Sarfaesi Act can take longer because of delay in getting possession orders from district or chief metropolitan magistrates as also stay orders from various courts.

But fear of action under Sarfaesi laws is likely to act as a deterrent to wilful defaulters, curb extended litigation and lead to faster resolution, it hoped.