Sanju box office collection: This Ranbir Kapoor film has done well at the box office, earning over 34.75 crore on day 1. The  Rajkumar Hirani-directed movie is expected to do well  in  the weekend too 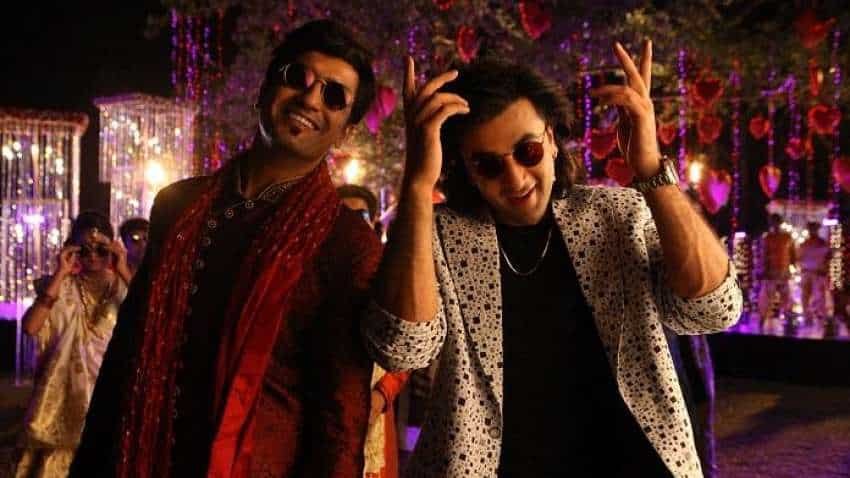 Sanju box office collection: This Ranbir Kapoor film has done well at the box office, earning over 34.75 crore on day 1. The  Rajkumar Hirani-directed movie is expected to do well in the weekend too. Analysts expect the movie will cross Rs. 100 crore in 3 days. This is also Ranbir Kapoor's highest opener film. Besharam collected Rs. 21.56 crore on the Day 1. Yeh Jawani Hai Deewani  collected Rs. 19.45 crore, Ae Dil Hai Mushkil grossed Rs. 13.30 crore and Tamasha earned Rs. 10.94 crore. The movie, which is based on film star Sanjay Dutt's life has earned critical acclaim from critics. The film has long way to go, of course. If collections keep this pace, it will surpass the collection of Race 3 soon.

"Powerful... Engaging... Emotional... Compelling... Rajkumar Hirani proves, yet again, he’s a master storyteller... This one will be a MONSTROUS HIT," Adarsh tweeted. Analysts believe that the movie is expected to see surge in collection in the coming weeks, as there is no other new film in offing. The other films that have done will at the box office on Day 1 are: Race3 (Rs. 29.17 cr), Baaghi2 (Rs. 25.10 cr), Padmaavat (Rs. 19 cr) and VeereDiWedding (Rs. 10.70 cr). Race3 collections, which has earned ove 164 crore in domestic collections, has seen  fall in revenue this week. On Thursday, the movie collected only Rs. 1.75 crore.

Sanju can earn much more in the coming week, as the movie has received critical acclaim from the audience and critics alike.