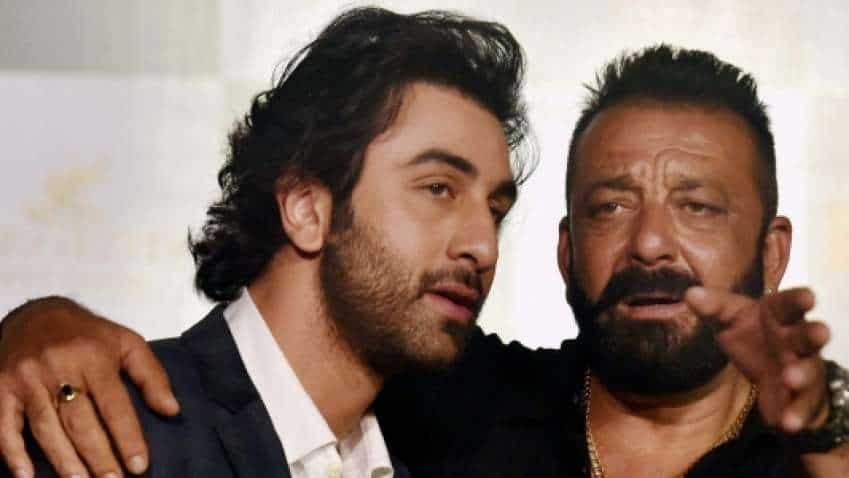 Sanju box office collection: Even as actor Ranbir Kapoor starrer Sanju, which is a biopic based on  Sanjay Dutt's life, is expected to enter the much celebrated and prestigious Rs 100 crore club, share prices of PVR, Inox Leisure and Eros International traded weak in Friday's trade. The Ranbir Kapoor starrer movie got off to a flying start at the BO with just the morning shows logging as much as 50 per cent to 55 per cent occupancy rate. Significantly, when Salman Khan starerr Race 3 released, share prices of PVR, INOX and Eros jumped up to 5 per cent.

Sanju looks set to become one of the highest grossers of 2018, if not the highest of the year as people are lining up at theatres in massive numbers to watch the film. Trade analysts believe the movie will easily cross the ambitious Rs 100 crore mark in the first weekend itself. The film is being released in over 5,000 screens worldwide. Sanju collection over its lifetime is expected at Rs 230 cr.

He said, the film will easily cross the Rs 100 crore-mark and 'will have a comfortable run for at least two weeks as there is no big release during that period.

"Rajkumar Hirani enjoys a cult following among the masses and it’s in his name that people will flock to the theatres,” he said.

According to Kadel the Rajkumar Hirani's movie has recorded a 'bumper' occupancy of 50%-to-55% in early morning shows, while the 9-10 am slot will register around 60-65% occupancy rate.