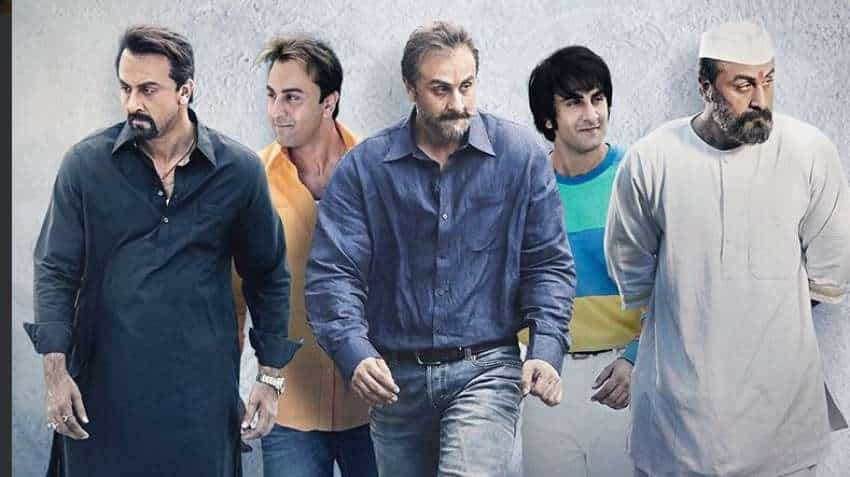 Race 3, which is expected to cross Rs 300 crore in worrldwide earnings, has seen a deep cut in its collection as a result. Incomparison to Sanju movie, Race 3 collected Rs. 29.17 crore in Day 1 collection. Tiger Shroff starrer Baaghi 2, another hit film of the year, earned Rs. 25.10 crore in box office collection. The movie has earned a lot of money so far, lifting the star's pedastal in the industry.

Deepika Padukone starrer Padmaavat had grossed Rs 19 cr on the opening day - it was a Thursday release, but managed Rs 32 cr on Friday.  Sanju saw the highest Day 1 box office collection for a Ranbir Kapoor movie. Earlier, Yeh Jawani Hai Deewani and Besharam saw good collections. The movie saw huge interest from the   audience. According to reports, the movie has done well in smaller as well as metro cities. If the movie sees further such collections, then by the weekend it will cross Rs.50-crore mark.

The film is based on the biopic of the actor Sanjay Dutt and directed by Rajkumar Hirani.  The much-awaited film released on 4000 screens across the country. Fans and audiences flocked to the theatres in large numbers and the film doesn’t seem to disappoint them. According to the Bollywood Reviewz, Sanju is made on a budget of Rs 100 crore. The movie is expected to see surge in collection in the coming weeks, as there is no other new films.