Sanju Box Office Collection: Sanjay Dutt's name alone is enough to lure audience to the theatres, while Ranbir Kapoor's excellent performance portraying Dutt on screens is the icing on the cake. 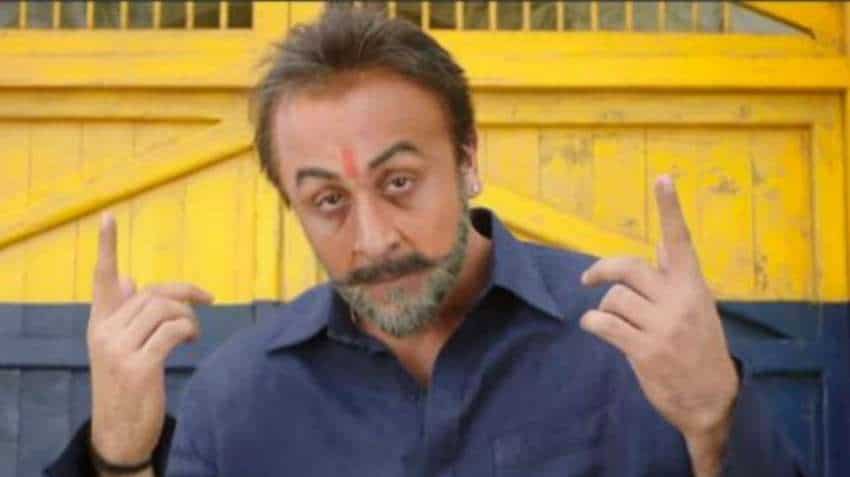 Sanju Box Office Collection: Ranbir Kapoor starrer has hit the screen today and it is expected to cross Rs 100 crore box office collection in the first weekend itself. And why not! Sanjay Dutt's name alone is enough to lure audience to the theatres, while Ranbir Kapoor's excellent performance portraying Dutt on screens is the icing on the cake. In his reactoon on Twitter, trade analyst Sumit Kadel had this to say about the spectacular performance, " Ranbir Kapoor acting in #Sanju cant be justified in words. It is like you are watching an actor performing in 5-6 different films at the same time. One of the best performance i have seen in my life." So, even as those connected to Sanju movie make money via the box office collection, let's take a look at some of Sanjay Dutt's movies and connect them with certain stocks to buy or sell. Notably, actor Sanjay Dutt's biopic Sanju has was released on Friday with much fanfare.

Sanju collection is expected to get a major booster shot as the occupancy rates have shot up from around 55% to as high as 85% on opening day. Sanju is expected to earn as much as Rs 30 cr and become the top movie of 2018 on this score. Actually Padmaavat is teh number 1 movie but there is some confusion. It released on Thursday and Day 1 Included paid previews. The earning was Rs 24 Cr. It was on day 2 (Friday) that it earned a whopping Rs 32 crore. Salman Khan starrer Race 3 got Rs 28.50 cr on day 1.

Order inflows from US to go up
Digital business is growing consistently
FY19 margins expected to come in at 26-28%
The company holds Rs 42,600 cash

Asset quality strongest in the banking space
The private bank has AUM worth Rs 43,500 crore
The bank has big market share in retail loan segment
The bank has 1.2% stake in RBL Bank, and 7.2% in CDSL