Sanju has taken a great start with the occupancy rate during morning shows set a staggering 85%. This is a massive amount and is likely to lead to Ranbir Kapoor smashing of all kinds of records in the industry. 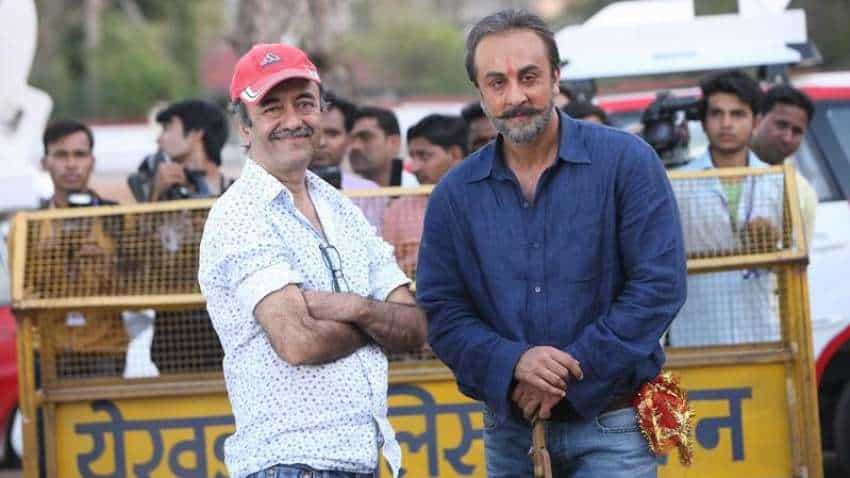 Sanju has been released in over 5,000 screens around the country and abroad. Image source: Reuters
Written By: ZeeBiz WebTeam
RELATED NEWS

Sanju Box Office Collection: Rajkumar Hirani directed, Ranbir Kapoor starrer Sanju has been released today. Everybody’s focus is now on its opening day box office collection. Sanju is a biopic on the life of popular actor Sanjay Dutt. It is one of the most talked about, hyped and perhaps even awaited movie of the year 2018 after Padmaavat. The fact that Sanjay Dutt has such a larger than life image may draw people to know more about him. With people lining up at theatres in massive numbers today to see the first-day first show, Sanju collection is now set to demolish all records.

Sanju has taken a great start with the occupancy rate during morning shows set a staggering 85%. This is a massive amount and is likely to lead to Ranbir Kapoor smashing of all kinds of records in the industry. Also, 15 days have passed since the release of Race 3 and now Sanju stands alone at the Box office with no completion to cut the collection.

“Sanju is releasing in more than 4000 screens. Its advance booking started at an average pace but it picked up later during the weekend. Now, owing to the fandom of Ranbir, the young audience is going to throng the theaters. The Rajkumar Hirani film will expectedly open with a collection between Rs 27-30 crore. It might also cross the 100-crore mark in its opening weekend,” Girish Johar told Indian Express.

It is expected that after the positive response from critics and public Rajkumar Hirani’s ‘Sanju’ is going to rule at the box office.

What is adding to the hype around the film is the fact that Sanjay is the son of a former star Bollywood couple Sunil Dutt and Nargis. But that is not his sole claim to fame and infamy. He has also been to jail and notably acted in a number of successful movies. Ranbir Kapoor too has won plaudits for essaying the role in spectacular fashion.