Sanju box office collection: Forget being a box office darling, biopics have never been anyone's favourite, no matter who the person being portrayed is 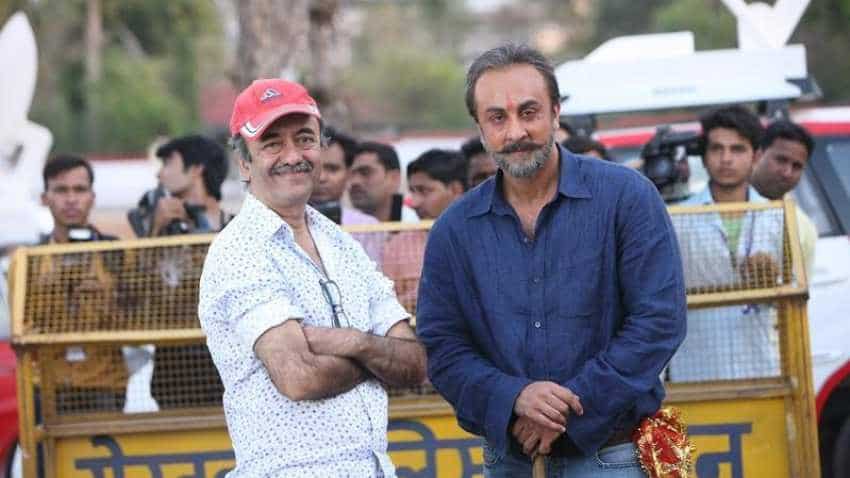 Sanju box office collection: Forget being a box office darling, biopics have never been anyone's favourite, no matter who the person being portrayed is. Essentially, the reason is that the gory details remain secret and the more mundane aspects are revealed. Or someone wants their image white-washed and they proceed to get a biopic. The cinema-goers are smart and pick up the clues fast. However, here is a biopic that is smashing one box office collection record after the next! Now it is threatening to even be crowned as the king of Bollywood and become the most successful movie that Bollywood has ever made.

Surprisingly, this may happen if the current collection trend continues. What is more, there is no reason for the trend to die, simply because there are no big rival movies out there releasing over the next week or so. The 2 that were released last Friday, Soorma and The Ant Man and The Wasp did not leave a very big impression on the BO. While Soorma earned Rs 3.20 crore on Friday; on Saturday it collected Rs 5.05 crore. The Ant Man got Rs 5.50 crore and Rs 7 cr respectively. They don't look like Sanju 'killers' at all.

What that means for Sanju collection, is that the movie has virtually a free run in theatres over the next few days - the only movie that can be a reasonable challenger is Dhadak, which stars Ishaan Khatter and Janhvi Kapoor. It is releasing on July, 20. The movie that is likely to muscle out Sanju is the upcoming Sanjay Dutt thriller called Saheb Biwi Aur Gangster 3, which stars Sanjay Dutt, Jimmy Sheirgill, Mahie Gill, Kabir Bedi, Chitrangada Singh - it will release on 27, July.

Sanju collection shows that the movie entered the Rs 300 cr club on its third Saturday. Remarkably, only 7 other Bollwyood movies have made it into this club. The movie has beaten both Deepika Padukone starrer Padmaavat (Rs 302.15 crore) and Salman Khan starrer Sultan (Rs 301.50 crore). Next target? Another Salman Khan starrer, Bajrangi Bhaijaan, which has a collection of Rs 321 crore. Significantly, one aspect that these numbers do not show is that Sanju budget is the least among them. The profit is therefore much higher in comparison!
Whatever, Sanju lifetime collection ends up being, one thing is for sure, its success will ensure that you get to see a lot of biopics in the near future.