Samsung Galaxy Note 10, Galaxy Note 10+ India launch: The much-awaited Galaxy Note 10 series is set to be launched in India on Tuesday afternoon during an event at the Samsung Opera House, Bengaluru. The smartphones arrive in India 13 days after they were unveiled during a Samsung Galaxy Unpacked event in the United States on August 7. 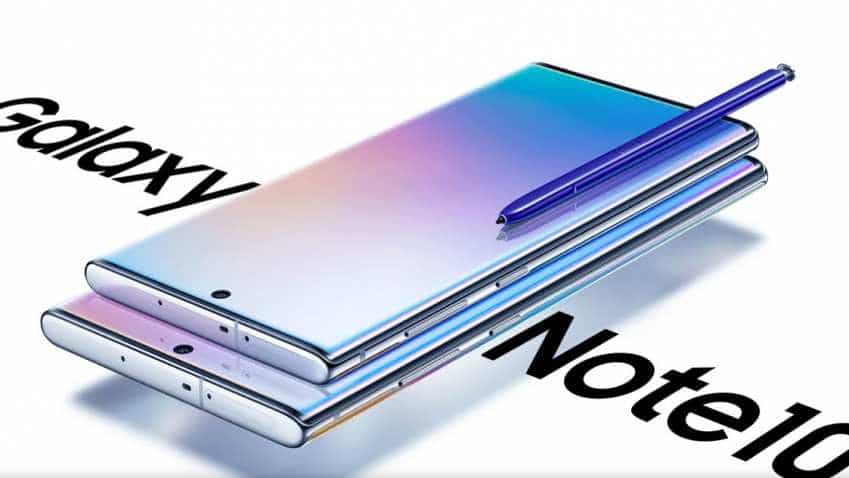 As part of the launch offers, Samsung is offering Rs 6,000 cashback on HDFC and ICICI Bank credit or debit cards. Those pre-booking the Galaxy Note phablets will also be eligible to get the Galaxy Watch Active at just Rs 9,999.

The Galaxy Note 10 comes with a 6.3-inch Dynamic AMOLED Infinity-O display that runs at Full HD+ resolution (2280×1080 pixels) while the Galaxy Note 10 features a slightly larger 6.8-inch Dynamic AMOLED Infinity-O display with QHD+ resolution (3040×1440 pixels). Both the devices have been powered by all new Exynos 9825 octa-core processor, which is an upgrade on Exynos 9820 SoC used on the Samsung GalaxyS10 series.