Unavailability of the latest software for faster updation of data of passengers who have not boarded the train despite confirmed tickets had led to irregularities in berth distribution. 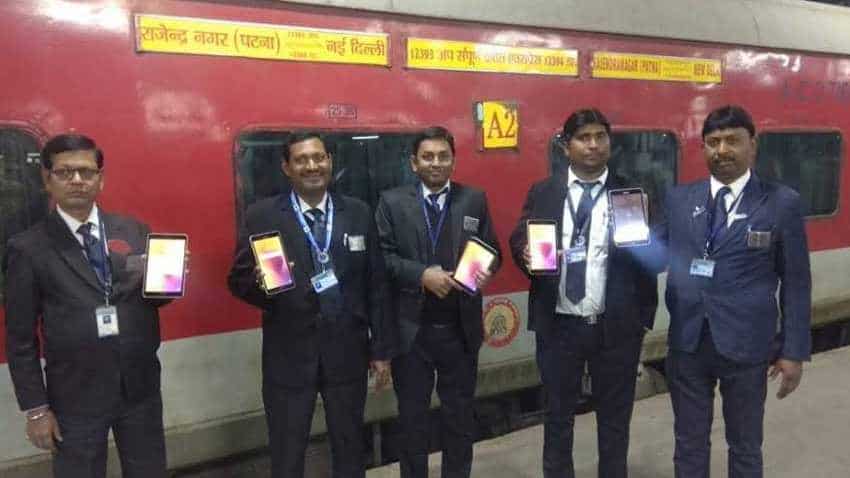 Here's a good news for Indian Railways passengers travelling to Uttar Pradesh and Bihar. The public transporter has been working to ensure faster allocation of berths onboard a train. Unavailability of the latest software for faster updation of data of passengers who have not boarded the train despite confirmed tickets had led to irregularities in berth distribution. This has many times led to a situation where waitlisted passengers fail to get confirmed seats despite the availability.

To counter this, the railways is equipping its Train Ticket Examiners (TTEs) with Handheld Terminals (HHTs). This will enable faster updation of berth availability in real-time. Now, after equipping Patna Rajdhani TTEs with the HHTs, the railways has now provided TTEs of Sampoorna Kranti Express (12393/12394) with the device. The Sampoorna Kranti Express runs between New Delhi-Patna-Rajendra Nagar.

Not only this, the railways has been providing the TTEs of Rajdhani and Shatabadi Express with the HHT devices. The TTEs in Shatabdi trains for Amritsar, Moga, Ludhiana, Bhopal and Lucknow have already been provided with the devices in past.

Benefits of the HHTs:
1. The passengers boarding a train from the next stop will get the availability of berths in real-time.
2.  More berths will be available to waitlisted passengers.
3. Increase seat bookings will increase the railway's revenue.
4.  It will promote Digital India.
5. TTEs now don't need to travel with a pile of reservation charts. This will also help railways save big on its printing and paper expenses.

With the help of Hand-held Terminals for TTEs, after all the allotments, remaining vacant berths will be sent back to HHT Application Servers and can be viewed on PRS terminal as well as website (indianrail.gov.in).