Why just spend money on Bharat and ICC World Cup 2019 when you can also earn extra in your kitty by investing in Inox Leisure. 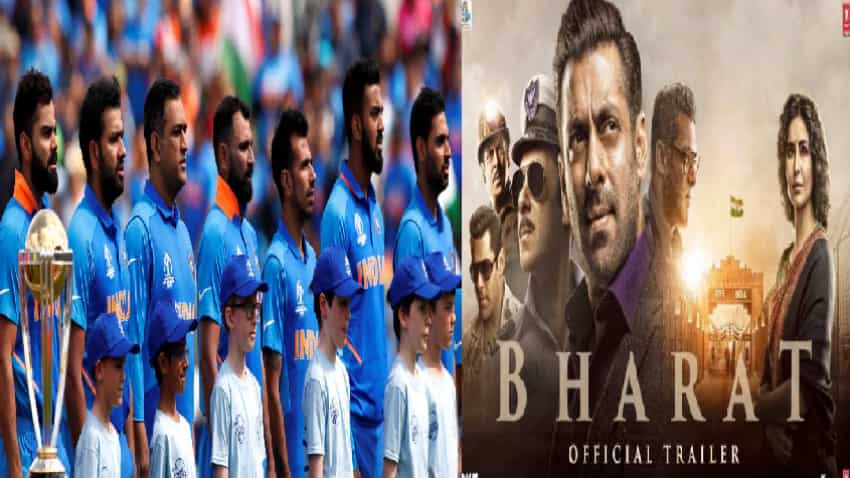 Currently in India, two things have become a must-watch. Firstly, Indian cricket team playing in ICC Cricket World Cup 2019, and secondly, Salman Khan starrer Bharat which released during Eid. Both have become blockbuster hits among Indian fans. Even as Bharat continued to keep its box office collections ticking furiously, the Men in Blue led by captain Virat Kohli maintained their winning start at the Wold Cup. But did you know, these two shows have become a good news for one multiplex. In fact, experts have also given a buy rating for the stock. So, why just spend money on Bharat and ICC World Cup 2019 when you can also earn extra in your kitty by investing in Inox Leisure.

Talking about Inox Leisure, Girish Pai, Head of Research at Nirmal Bang said, “INOL seems to have entered into an exclusive partnership with International Cricket Council (ICC) to show select matches from the ICC World Cup live across its major properties. These include nine league matches of the Indian team along with the semi-finals, final and a few marquee league matches. In all, Inox will air 15 matches at multiplexes in Mumbai, New Delhi, Kolkata, Bengaluru, Pune, Jaipur, Indore, Vadodara, Surat, Noida, Gurgaon, and Faridabad. We believe it is an exclusive deal as PVR has not indicated that it would do something similar.”

Pai added, “We understand from INOL that the ATP would be similar or better than those of movies. We also believe that consumption of F&B and higher advertising rates would make this a profitable proposition. We suspect that INOL has likely outbid PVR with possibly a higher revenue share (and possibly a Minimum Guarantee) being given to the ICC. We anticipate corporates to buy tickets in bulk for this event. We already understand that Havells and Uber have bought considerable tickets (running into a few thousand) for probably its employees and distribution and retail partners.”

Further explaining Bharat movie’s contribution, Pai said, “INOL management has indicated ATP growth in FY20 should be in the high single-digit and F&B SPH growth and to be in the very low double-digit territory. Considering the existing large gap in advertising rates between Inox and PVR (50%) we expect advertising revenue to grow 20%-25% in FY20. We understand that ad minutes inventory which Inox possesses has some more headroom to fill. Hence, the advertising revenue growth would be a mix of a rate hike (high single-digit), premium on the rack rate for special movies like ‘Bharat’ and for occasions like the ICC world cup and also an expansion in volume.”

The movie Bharat has already become the star of Bollywood this year, as the Salman Khan and Katrina Kaif pairing managed to enter the Rs 100 crore club and then also crossed the Rs 150 cr mark in five days. The movie had a spectacular start earning Rs 42.30 crores on its release date, maintaining  the earnings over the course of days. Meanwhile, Indian cricket team has won every match they have played so far in World Cup 2019, creating even more enthusiasm for cricket lovers.

Additionally, this year has also been an exciting one for Inox with back-to-back hit releases. Pai says, “. We are building an occupancy rate of 27.5% for 1QFY20 versus 29% in 1QFY19. 1QFY19 was a strong quarter due to movies like: ‘Avengers: Infinity War’, ‘Raazi’, ‘Race3’, ‘Baaghi 2’, and ‘Jurassic World: Fallen Kingdom’. The strong screen growth (~18% YoY) could ensure that footfall growth would likely be in the high single-digit territory despite lower occupancy.”

Combined with realization increases across tickets/F&B/advertising, Pai says,  “we believe a high teen revenue growth is a possibility. We retain our estimates for FY20 and FY21 and continue to have a Buy rating on INOL with a target price of Rs416. We have assigned a target EV/EBITDA multiple of 10x on its FY21E EBITDA. 10x is at a discount to the 12.5x assigned to PVR because of the latter’s dominant position in the industry, its market-leading operating metrics in ticket pricing, F&B pricing and advertising revenue per screen.”