Despite numerous court cases and controversies, Salman Khan dominates the Box Office with his films and has a huge fan following. They are always ready to forgive his mistakes and throng the theatres each time his movies are released and therefore the industry keeps offering him role after role. In fact, Salman Khan is one of the busiest stars in the industry. He has also emerged as a strong force on TV too. 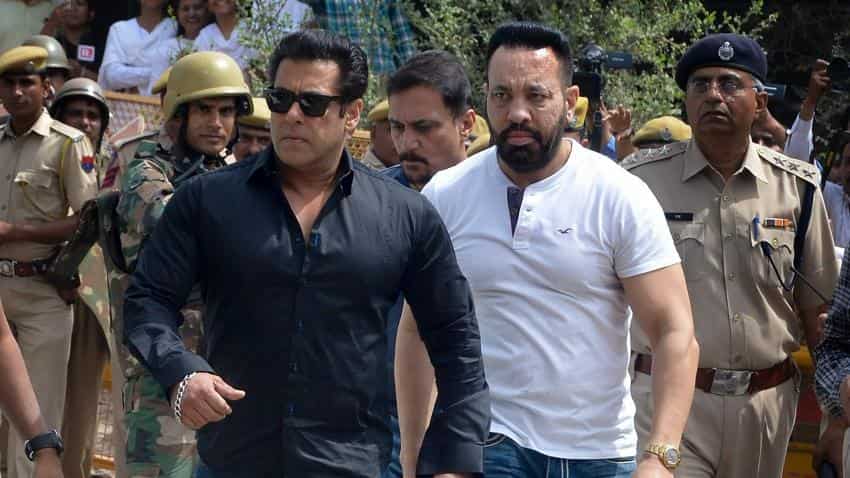 Bollywood megastar Salman Khan has been awarded a 5-year jail sentence for killing two blackbucks in October 1998 by a Jodhpur court today. The court, however, acquitted his colleagues, Saif Ali Khan, Tabu, Neelam and Sonali Bendre and a local, Dushyant Singh. Salman himself was sent to the Jodhpur Central Jail. As the sentence exceeds more than three years, Salman will have to appeal in higher court for bail. However, if the sentence had been under 3 years, he would have been given bail. This is his fourth stint in Jodhpur Central Jail, where he earlier spent a total of 18 days in 1998, 2006 and 2007, all for cases related to poaching.

With Salman Khan sent to jail from the court premises itself, his fans and Bollywood as a whole are once again worried over future as a lot of money is riding on him. The projects he is currently involved with are reportedly worth over Rs 500 crore and what will happen to them is uncertain. Bollywood is certainly looking at fielding major losses.

Despite numerous court cases and controversies, Salman Khan dominates the Box Office with his films and has a huge fan following. They are always ready to forgive his mistakes and throng the theatres each time his movies are released and therefore the industry keeps offering him role after role. In fact, Salman Khan is one of the busiest stars in the industry. He has also emerged as a strong force on TV too.

Here are some of the current projects that Salman Khan is reportedly working on.

In this action thriller, Salman Khan is a co-producer besides playing the lead role. Race 3, which also features Bobby Deol, Jacqueline Fernandez, Daisy Shah and Anil Kapoor, is mounted on a large scale. It is being directed by Remo D'Souza. The film's approximate budget is around Rs 100 crore. The shooting of the film has been completed, but post-production work and promotions are still left. Slated to be released in June, the film's fate may get affected if Salman is not around to promote it.

Salman Khan has given his nod to Ali Abbas Zafar's next project Bharat. As the actor-director duo has delivered blockbuster hits like Tiger Zinda Hai and Sultan therefore, there is a lot of hype around their newly announced project. The official remake of Korean film, Ode to My Father, the film is stated to be mounted on a lavish scale too.

Salman Khan's brother Arbaaz Khan has recently announced that they will together bring the third installment of the Dabangg series. The film, directed by Prabhu Deva, is likely to go on floors mid-2018. The film will co-star Sonakshi Sinha and the rumours are that it may be released in December 2018.

This is another sequel of Salman Khan's hit film, and it will reportedly be helmed by Sajid Nadiadwala. The Bollywood actor is expected to begin the shooting for the film later this year, and it may be released on the occasion of Christmas in 2019.

Salman Khan is also stated to start shooting for this popular quiz show after wrapping up his work on Race 3. The quiz show was to make a comeback on TV in a new, revamped version and Khan is personally taking interest in reviving the show.

Salman Khan, who had announced two films under his production banner, is reportedly producing Love Ratri to launch his brother-in-law Ayush Sharma. Another film Time To Dance would launch Isabelle Kaif, Katrina Kaif's sister in Bollywood.

As far as the poaching case is concerned, it may be noted that final arguments were completed in the trial court on March 28, after which Chief Judicial Magistrate Dev Kumar Khatri reserved his judgment. The court today sentenced him to five years in jail and imposed a fine of Rs 10,000, prosecution lawyer Mahipal Bishnoi reportedly said.