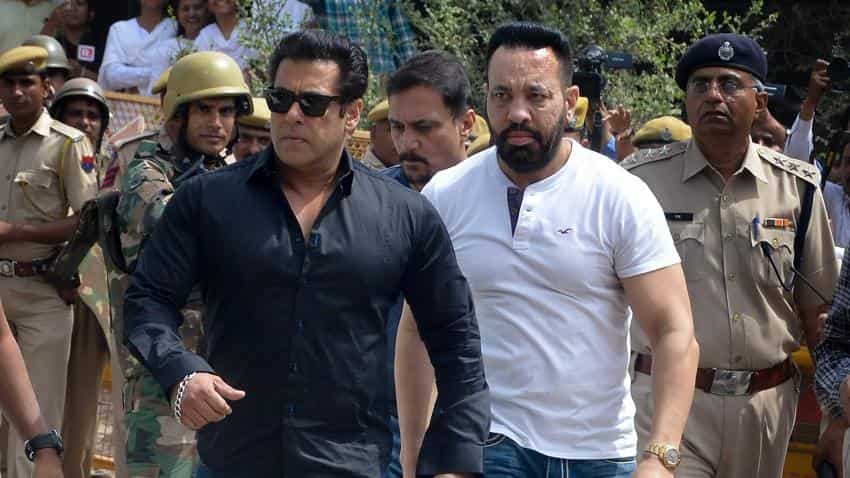 Salman Khan convicted in black buck case: Mandhana Retail Ventures share price slumped nearly 16 per cent from its day high on Thursday after actor Salman Khan was found guilty in the 1998 black buck poaching case while the other four accused stars, Sonali Bendre, Saif Ali Khan, Tabu and Neelam, were acquitted of all charges. Khan has been sentenced to 5-year imprisonment in Black Buck poaching case, and a penalty of Rs 10,000 has also been levied on him. He will be sent to Jodhpur central jail.

Textile and apparel manufacturing company Mandhana Retail Ventures sells the Salman Khan owned Being Human brand of clothing, and has famed investor Rakesh Jhunjhunwala as its biggest shareholder. Jhunjhunwala owned 12.73 stake in the company as of December 31, 2017, latest data available with BSE showed.

The stock was trading higher in the early trade and pared all its gains to turn flat after the court verdict on black buck case was announced. The stock hit an intraday high of Rs 132.25, but was trading at Rs 113.45, down 2.3 per cent from previous day's close on the BSE at 12:40 pm. It is down over 24 per cent so far this year, and is trading just 7 per cent higher from its 52-week low of Rs 104.

Mandhana Retail Ventures was demerged from its parent company, Mandhana Industries, last September and was listed as a separate entity. Salman Khan trial in the case was in progress since the last 19 years and the judge in a court had reserved the order after the final arguments on March 28.

Salman Khan is the brand ambassador of other listed firms such as Relaxo Footwears, Astral Poly Technik, Prataap Snacks and Emami. The share price of these companies were trading flat to marginally higher.

Thursday's ruling is not Khan`s first brush with the law. In 2015, the Bombay High Court overturned his conviction in a hit-and-run case in which he was accused of running over a group of people sleeping on a city sidewalk, killing one and injuring four.

Khan has churned out a series of blockbuster hits in the last few years. Some of his releases in 2017 were big-ticket films that pulled in billions of rupees at the box-office.

Dressed in a black shirt, Salman reached the court earlier in the morning with his bodyguard. The other actors, some of them accompanied by their family members, were also in the courtroom when the verdict was read out.