He has threatened for weeks to cause an "earthquake" by exposing what he called Modi`s personal corruption. The ensuing row paralysed parliament and caused its winter session to be one of the most acrimonious and unproductive on record. 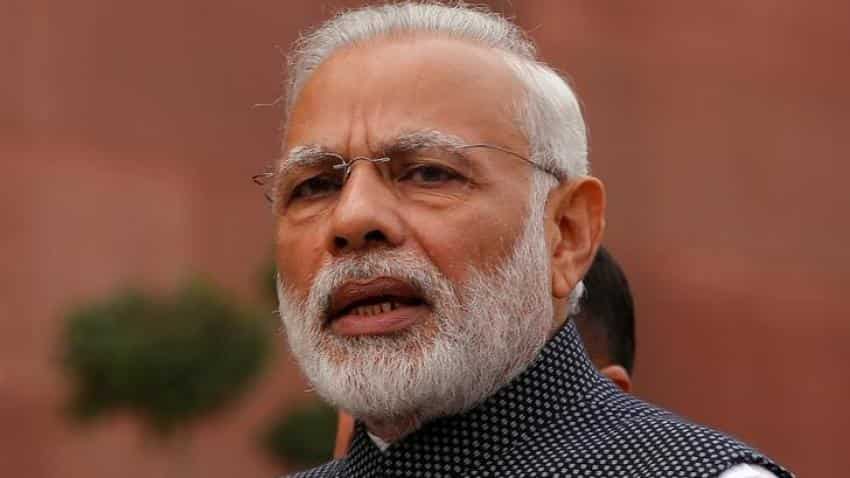 Gandhi, heir apparent to the leadership of the Congress party that has governed India for most of its seven decades of independence, levelled the allegations at a rally in Modi`s home state of Gujarat.

He has threatened for weeks to cause an "earthquake" by exposing what he called Modi`s personal corruption. The ensuing row paralysed parliament and caused its winter session to be one of the most acrimonious and unproductive on record.

Yet when Gandhi finally went public with the details it turned out that they were known, and were part of a case now before the Supreme Court that was filed by Prashant Bhushan, a lawyer known for pursuing corruption cases.

Bhushan`s case rests on evidence recovered during income-tax raids on two business houses, Aditya Birla Group and Sahara that he alleges contains evidence of cash payments to Modi. Spokesmen for both companies could not be reached when called on their mobile numbers after working hours on Wednesday.

One recipient of alleged payments in late 2013 and early 2014 totalling at least 400 million rupees ($5.9 million) is listed in the records as "Gujarat CM". Bhushan alleges this refers to the chief minister of the western state who was Modi at the time.

Modi has not commented either on the Bhushan suit or Gandhi`s allegations but his law minister, Ravi Shankar Prasad, denounced them on Wednesday.

The heated and increasingly personal exchanges come as Modi faces growing public anger over a six-week-old crackdown on "black money" that seeks to purge the economy of the proceeds of crime, corruption and tax evasion.

Modi`s cancellation of high-value banknotes worth 86 percent of the cash in circulation last month has caused disruption to the daily lives of people and businesses and could affect elections in key swing states next year.

"Prime Minister Narendra Modi, demonetisation is not a surgical strike on black money, but against the poor and honest people of this country," Gandhi said in Gujarat, one of the states that goes to the polls next year.

The tax authorities did not pursue investigations at the time because they concluded the entries related to a local company.

"We have proof to show that it is a clear case of personal corruption and the court must investigate the payments made by Sahara and Birla to Modi," Randeep Surjewala, a spokesman for Congress, told Reuters.

Surjewala, addressing a separate news conference, said Modi should come forward and "say whether he took money" from the two companies, and subject himself to an investigation if necessary.

Bhushan, the lawyer, confirmed to Reuters that Gandhi`s allegations were based on the evidence he had provided to the Supreme Court.