Taapsee Pannu and Bhumi Pednekar's film, Saand Ki Aankh witnessed a massive jump in box office collection after having an average weekend due to pre-Diwali phase. 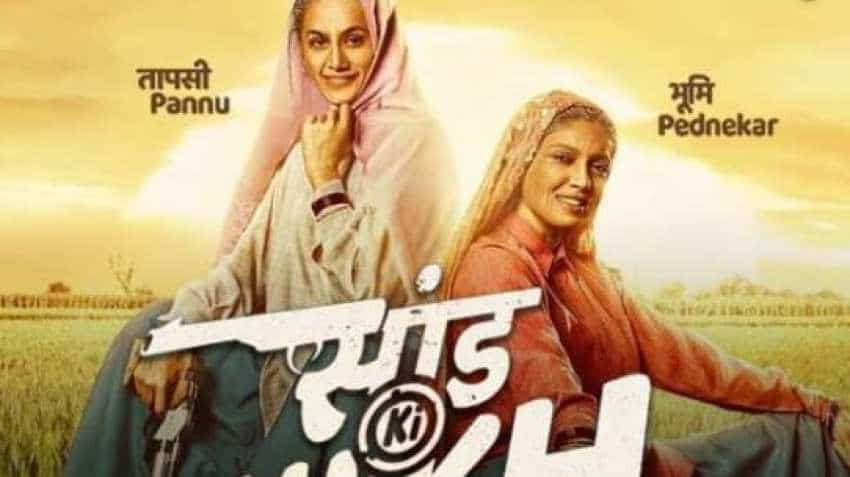 Taapsee Pannu and Bhumi Pednekar's film, Saand Ki Aankh witnessed a massive jump in box office collection after having an average weekend due to pre-Diwali phase. The film has managed to bag in Rs 3.25 crore on its fourth day at the box office. The film has managed to collect a total of Rs 5.75 crore in four days in the domestic market. Released on over 1000 screens with a decent start suggests that the movie may run longer at the ticket windows. The film is competing with Rajkummar Rao's 'Made In China' and multistarrer franchise Housefull 4.

Taapsee Pannu and Bhumi Pednekar are playing as the world’s oldest sharpshooters, Chandro (86) and Prakashi Tomar (82) on the celluloid in their film Saand Ki Aankh. Directed by Tushar Hiranandani, the film was criticized for casting two young actors to portray 60-year-olds and not women closer to the age of the sharpshooters.

Taapsee replied to it by saying, "I was pretty surprised and laughed at it thinking, no one questioned me when I played a college girl at 30. Nobody questions when these big actors portray college characters being triple the age.

She further added,"It's so strange that two actresses, at the prime of their careers, decided to look more than double their age, where today an actress always wants to look younger and younger. We decided to look double the age. Instead of appreciating it, people are finding issues with it."