Saaho box office collection prediction: Prabhas starrer set to be a BLOCKBUSTER, can shatter all records 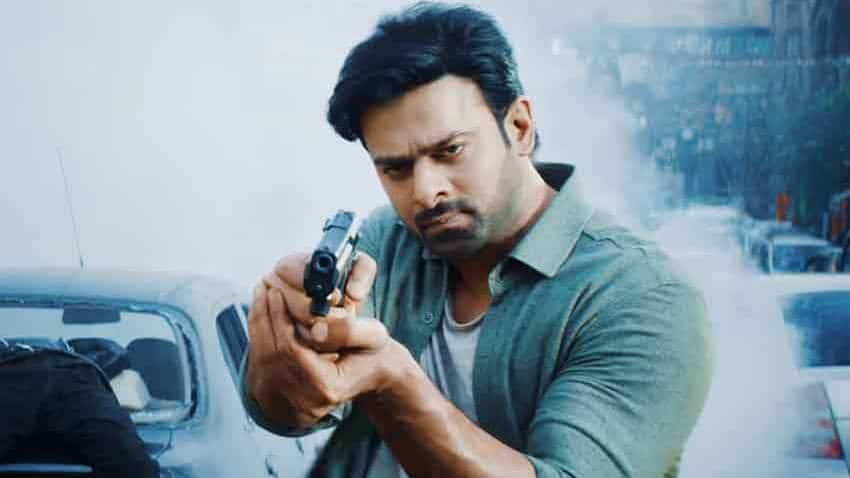 The teaser of Prabhas' next film Saaho released on Thursday and promises a blockbuster.

Saaho box office collection prediction: It has almost been more than two years since Baahubali 2: The Conclusion released - the film where Prabhas was seen at the big screen. The actor is set to return this year in August and how! The teaser of his next film Saaho released on Thursday and promises a blockbuster. Even though it is too early to predict the collections of the film, film trade analyst, critic and influencer Sumit Kadel believes that Saaho should earn at least Rs 70 cr to Rs 75 crore on the first day of its release.

"#SaahoTeaser has generated stir among audience & trade across India. Its too early to talk about its box office part but i am assured that Day-1 collection of #Saaho in India wont be less than ₹ 70-75 cr nett. Tremendous appreciation for the teaser & scale of the film," he tweeted. Kadel was full of praises for the teaser and said that it could truly be India's biggest action film till date.

"#SaahoTeaser is International level stuff. Truly India’s biggest ACTION film . #Saaho will make #Prabhas PAN INDIA SUPERSTAR without an iota of Doubt.  SCALE & GRANDEUR of this film is Unprecedented. Kudos to the team of Saaho @UV_Creations," Kadel said in another tweet.

He believes that the only film which could match the scale of Saaho is the untitled movie starring Hrithik Roshan and Tiger Shroff which is set to release later this year. "Only Indian film this year which can come close to #Saaho in terms of scale, action & grandeur is #HrithikVsTiger . Siddhart Anand had manage to shock us with #BangBang , he could do it again with Hr vs Tiger. Fingers crossed!" Kadel tweeted.

However, Saaho will have its task cut out with Akshay Kumar starrer Mission Mangal releasing on the same date - August 15, 2019. The Jagab Shakti directorial is being touted as India's first space film. It stars Vidya Balan, Taapsee Pannu, Sonakshi Sinha, Kirti Kulhari and Nithya Menen with Akshay Kumar and Sharman Joshi.