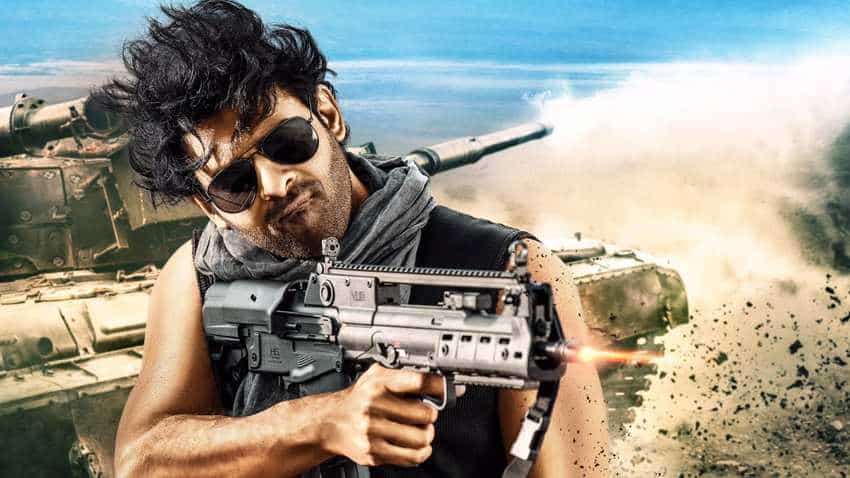 The film's second day collections in the Southern parts of the country went down by 50 to 55 pet cent. Source - Twitter.
Written By: ZeeBiz WebTeam
Edited By: Manas Tiwari
RELATED NEWS

Saaho box office collection day 2: Prabhas and Shraddha Kapoor starrer Saaho grew on day 2 despite negative reviews from critics to rake in a whopping amount on Saturday. The film has earned over Rs 50 crore across India on the second day of its release with a growth in North Indian markets. "#Saaho Hindi has crossed 50 cr nett in 2 days All-India..," tweeted entertainment industry tracker Ramesh Bala even as fans await for the official figures to be revealed. However, Saaho has seen a drop in its collection in South India.

The film's second day collections in the Southern parts of the country went down by 50 to 55 pet cent, said film critic, trade analyst and influencer Sumit Kadel. He confirmed that overall second day of the collection could be over Rs 60 crore. "#Saaho  Day-2 is heading towards ₹ 27 cr nett+. Film had a 50%-55% drop in South India though. Overall Day-2 Collection is heading towards HUGE ₹ 62-65 cr nett," Kadel tweeted.

In another tweet, Kadel said that Saturday could be another big day for Saaho which released to a brilliant response on Friday.

"#Saaho Jumps on Day-2 at multiplexes in major cities. Drops at mass centers after colossal opening day. Overall growth at hindi belt is looking at the range  of 15%-20% as of now, more growth expected evening onwards. Another big day on cards for Saaho," he said.

The Hindi version of the film alone had earned Rs 24.40 crore at the box office, making Saaho one of the biggest releases of 2019. But, as the film is not getting a positive word of mouth, the weekend remains crucial for Prabhas starrer to mint as much as possible.