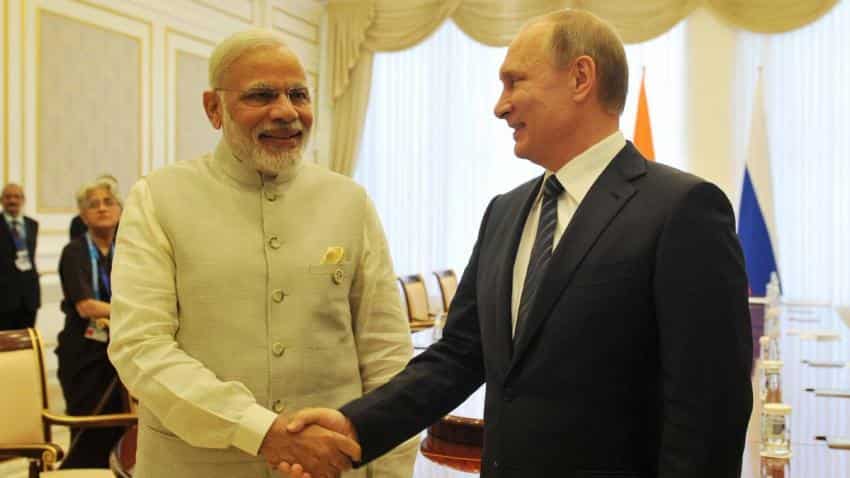 The state-backed Russian Direct Investment Fund (RDIF) will work with an Indian fund to invest $1 billion (nearly Rs 6,652.8 crore) in Asia's third-largest economy, the head of the fund said before a bilateral summit expected to yield several big business deals.

The RDIF and India's National Investment and Infrastructure Fund (NIIF) will each invest up to $500 million (nearly Rs 3,326.4 crore) in the joint fund, replicating partnerships the Russian entity has with countries like China.

"We helped in the process of the NIIF being created," RDIF CEO Kirill Dmitriev said in an interview with Reuters. "Now, we will provide equity capital to joint Russian-Indian projects, mainly in India."

The RDIF was set up by Dmitriev in 2011 with billions in Kremlin cash and has since made partial exits from bets in Russia, including the Moscow Stock Exchange, diamond miner Alrosa and Rostelekom.

Putin will meet Indian Prime Minister Narendra Modi in the tourist destination of Goa on Saturday for a summit at which major defence, oil and nuclear power agreements are expected to be signed.

The RDIF-NIIF partnership will also be sealed at the summit. It will address around 20 investment proposals and seek to strike its first deals in 2017, said Dmitriev.

Leaders of the BRICS caucus - Brazil, Russia, India, China and South Africa - will also gather in Goa this weekend. The bloc has founded its own New Development Bank that has co-invested in two RDIF-backed hydropower plants in Russia that have just broken ground.

Dmitriev said he hoped that the Russian fund would be able to draw on the platform of the BRICS bank to build similar small-scale hydro projects in India that are based on Russian technology.