Rupee vs dollar: Where is Indian currency headed amidst US-China trade row? Find out!

Experts believe US-China trade war will have an effect on the Indian rupee. However, it will be manageable. 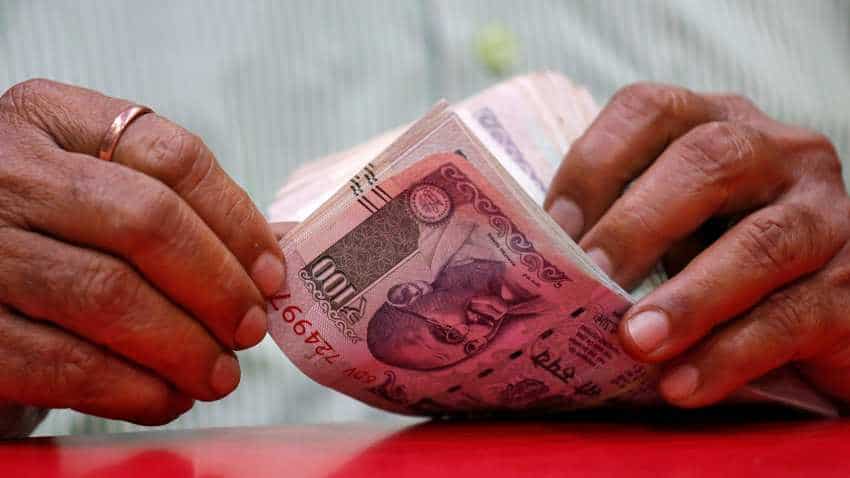 The Indian Rupee kicked off its Thursday’s trading session on an appreciating note. Photo: Reuters

The Indian Rupee kicked off its Thursday’s trading session on an appreciating note against the US dollar benchmark at the interbank forex market. This comes at a time when the US dollar is weakening in the midst of US-China trade deal concerns. Majority of US exchanges have faced quite a bit of heat this week as the row between the two countries intensified post-US decision to impose tariffs on Chinese products. According to Investing.com, the Indian rupee was trading at 70.156, appreciating by 0.067 points or 0.11% against the dollar at around 1350 hours. The rupee opened at 70.25-levels against the dollar. As far as India is concerned, experts believe US-China trade war will have an effect on the rupee. However, it will be manageable.

On Thursday’s trading session, Anindya Banerjee, analyst at Kotak Securities said, “President Trump played it smartly by not opening up another front in the trade war, this time with EU, Japan and South Korea. Media reported that Trump administration plans to delay auto tariffs by up to six months. This will enable them to focus resources on China. US sees China as a strategic threat on multiple fronts. As a result, they may not relent on trade easily. US also understands that China's back is to the wall as the economy needs constant pump priming and dangerous debt addicted investment bubbles to stay afloat.”

“Thanks to a mini rally in US stocks and strength in Euro, Brent crude oil has bounced back strongly, now trading above 72 dollars a barrel. However, USDINR showing no stress yet, quoting 70.30 on spot,” says Banerjee.

Earlier, Banerjee had highlighted Trump statement, after announcing fresh tariffs on China, in which he said he would make a decision on auto tariffs by May 18. Europe's $50B car industry is at risk if Trump decides to impose new duties. Three months ago Trump was handed a report by the Commerce Department that would justify tariffs on the grounds of national security. That triggered a 90-day deadline for Trump to make a decision. He could extend the deadline, which is what Europeans hope and investors expect but he could also slap Europe with tariffs of up to 25% on imported cars and parts. If US slaps tariffs on EU, it can knock the European stocks as well as Euro currency hard. Keep an eye on that. At same time, it can feed the global contagion.

Back in India, Banerjee feels till the election results are out, there are no dominant drivers of USD/INR.

Therefore, Banerjee stated that,  USD/INR may remain in choppy territory. However, if the global risk aversion intensifies, then USD/INR can inch towards 70.50 and even 71.00 levels. Having said, one should be careful of sharp two way swings, as volumes remain thin in the market.