Rupee to remain under pressure; touches a new low of 68.45 against US dollar

The Reserve Bank of India (RBI) intervention will be needed soon, because analysts have predicted rupee to remain under pressure going forward. 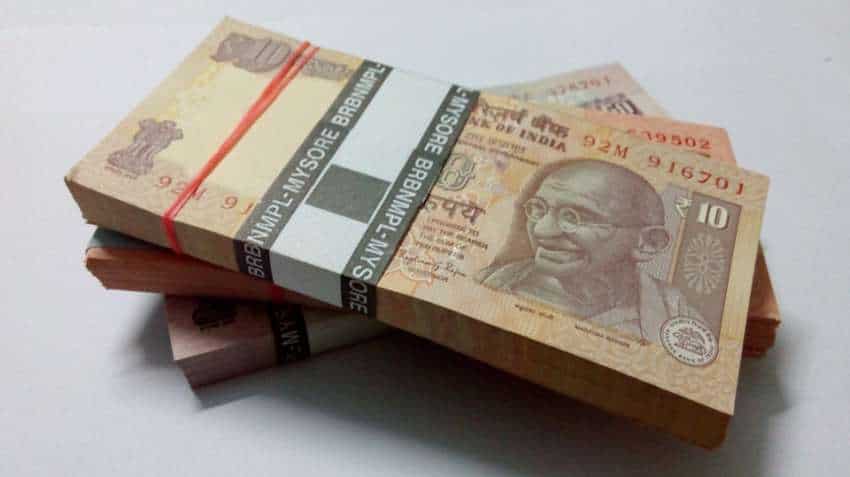 Things are not really going very well with the Indian Rupee as it continues to be the worst performer in emerging markets (EM) and today was no different. Today, the currency touched a new low of 68.455 against US dollar benchmark at the interbank forex market. The last time this level was in May 2018 and January 2017. Following, Indian currency is at 17-month low currently against US dollar, which is not a good sign for Indian economy. Today, Indian rupee was not even in line with domestic indices which were trading positive. Also, the Reserve Bank of India (RBI) intervention will be needing soon, because analysts have predicted rupee to remain under pressure.

At around 1242 hours, Indian Rupee was trading at 68.135 down by 0.01% against US dollar. In early opening, the domestic currency fell by 7 paise to 68.20 against the US dollar on month-end dollar demand from importers and banks.

According to Kotak Institutional Equities, the more the US presses ahead on Trade restrictions and investment flows, and if that causes current account deficit to shrink, it will be bad news for the world economy, especially countries like China, Germany and Japan, who run large current account surpluses. What is bad for China, is for now, bad for emerging markets too, including India, its financial markets.

In case of India, Kotak highlighted that the country is already facing heat from election risk, higher oil prices and tightening domestic financial conditions and now if the external front continues to remains hostile, Rupee can remains under pressure.

Anindya Banerjee, analysts at Kotak said, “ Sharp sell-off in the Chinese currency is affecting Rupee more now than a mild sell-off in Dollar Index. Dollar Rupee is inching higher, currently trading at 68.20 levels on spot. There also reports, off maturing buyers credit in the system and that may continue to add to the Dollar demand.”

Banerjee explains, it is also to be noted that, tomorrow, June contract goes off board, with $2.5 billion open interest outstanding. There is a risk of short squeeze from traders who had done the ETC-OTC arbitrage, sold in OTC and bought in ETC, when RBI intervened during the month. Technically, USDINR has scope to march higher, towards 68.35/40 on spot. Nevertheless, a break below last Friday's low of 67.70 would turn the bias downward on the pair.

In previous day trading, the domestic currency took a severe beating and ended sharply lower by 29 paise at 68.13 against the US currency.