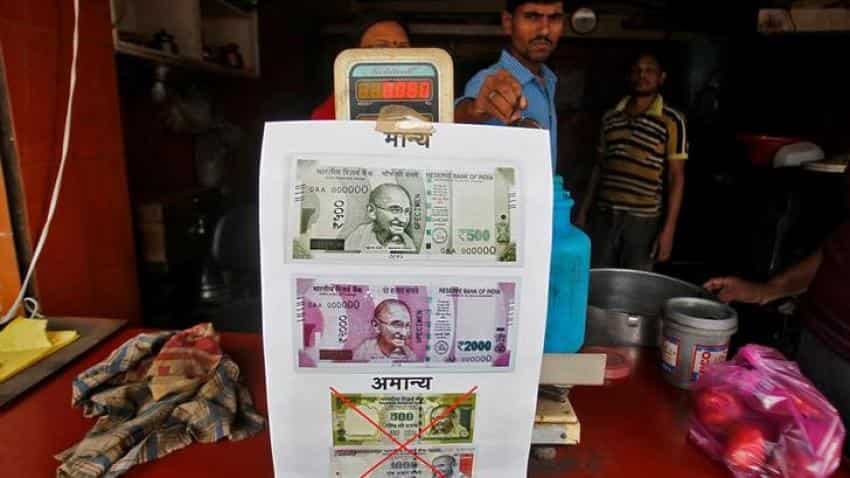 The rupee is expected to fall further against the U.S. dollar this year to a record low, hit by rising global bond yields and an economic blow from New Delhi`s dramatic currency crackdown launched two months ago, a Reuters poll found.

The rupee performed a bit better than most of its regional peers in 2016, weakening just over 2 percent as India`s economy, the fastest-growing in Asia, roared ahead for most of the year.

But capital outflows intensified toward the end of 2016 after Donald Trump won the U.S. presidential election and Indian Prime Minister Narendra Modi announced the end of high-value bank notes.

The rupee is forecast to weaken to 68.50 a dollar in one month versus 67.73 at Thursday`s close, the poll of nearly 30 foreign exchange strategists carried out this week showed.

It is expected to fall further to 69.50 by year-end. That 12-month consensus is the weakest for several years and would mark a record low. Just three months back the view in a Reuters poll was for the rupee to trade at 67.73 in a year.

"We see a less rosy scenario in the capital account and current account front in the coming two years, with global bond yields and money flowing back to the U.S.," said Bhupesh Bameta, head of FX research at Edelweiss Financial Services in Mumbai.

Since Trump`s election victory, markets have realigned over expectations his administration will bring in sweeping tax cuts, infrastructure projects and deregulation.

The 10-year U.S. Treasury yield has rallied more than 25 percent since the election, hitting a two-year high of 2.641 percent on Dec. 15.

The Fed also raised the federal funds rate last month for the first time in a year. The central bank signaled a faster pace of rate increases this year based on expectations for fiscal stimulus.

In India, Modi`s demonetization drive has hampered both industrial and services output, with a private survey this week showing factory activity and services took a hit last month, lending credence to worries that it would dent growth.

"Given the demonetization exercise, the attraction for gold may come back again," Bameta said. "(Given) the fact that there was no meaningful depreciation of the rupee over the last two years when everything else was depreciating, a correction...is due."

Rupee weakens by 15 paise against dollar in early trade

Rupee edges higher by 6 paise against dollar in early trade

Zee Biz Exclusive On RBI Central Board Meeting: Government expects Rs 60,000 crore dividend from RBI - What we know so far

Dalal Street Corner: Investors poorer by more than 6lakh crore amid sell-off in IT, metal stocks; what should investors do on Friday?

Prudent Corporate shares make modest debut; list at nearly 5% premium; What should investors do with this counter?