The RBI intervenes frequently on both sides of the market to keep the rupee free of excessive volatility as a matter of policy. 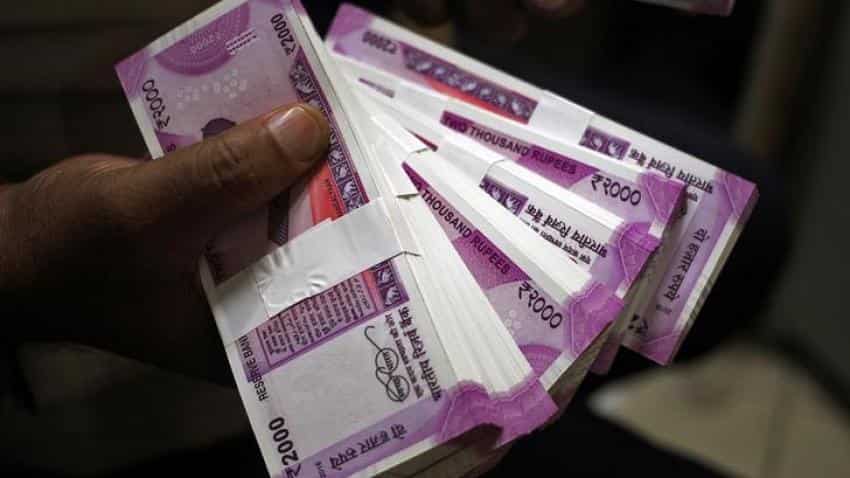 The rupee`s three-month volatility was trading at 6.1% after hitting a near 8-year low of 4.475% earlier this month. Photo: Reuters
Written By: Reuters
RELATED NEWS

Protected against excessive volatility by India`s central bank and backed by one of the world`s fastest growing economies, the rupee could withstand the US dollar`s post-election surge better than many emerging market currencies, economists say.

Expectations that President-elect Donald Trump`s expansionary spending plans will lead to higher US interest rates drove the dollar on Wednesday to its highest level in 13-1/2 years against a basket of major currencies.

But while emerging markets currencies have on average lost 4.6% against the dollar since Trump`s election victory on Nov.8, the rupee has lost only 2%. Against its peers, the rupee is proving attractive.

Its three-month volatility hit an eight-year low earlier this month, while its volatility-adjusted returns, as measured by the Sharpe ratio, are positive at 0.4%, while most other Asian market currencies show negative returns, according to Thomson Reuters data.

Analysts expect the rupee to continue to fare better than emerging market peers because of the country`s faster economic growth, and near-record foreign exchange reserves of $368 billion, which the Reserve Bank of India`s regularly dips into to smooth out excessive volatility in the currency market.

"India`s external position strengthened significantly over the past couple of years. It doesn`t rely on foreign financing as much as it used to. It has also been evident in the rupee being stable," said Shilan Shah, an economist with Capital Economics in Singapore.

The rupee`s sturdiness has come despite net outflows of about $1.6 billion from Indian bonds and equities and an estimated $7 billion in outflows in October to meet redemptions from dollar deposits the country raised to help pull the rupee out of a crisis in 2013. The RBI intervenes frequently on both sides of the market to keep the rupee free of excessive volatility as a matter of policy.

During September, the most recent available data shows the RBI purchased $9.04 billion in the spot foreign exchange market and sold $4.4 billion - its heaviest intervention since April 2015.

The rupee`s three-month volatility was trading at 6.1% after hitting a near 8-year low of 4.475% earlier this month. That compares, according to Reuters` calculations, to Asian currencies` average volatility of 8.7%.

Economic indicators should also underpin the rupee. India`s economy grew 7.1% in the April-June quarter from a year earlier, the fastest pace among major economies.

Analysts expect this to accelerate as the central bank is expected to cut interest rates again after already easing by 175 bps since early last year.

Investors have reacted positively to rate cuts given expectations it will boost economic growth and attract more foreign inflows into equity markets, despite the potential reduction in rupee yields.

India`s current account deficit also stood at a negligible $277 million, or 0.1% of gross domestic product, in the April-June quarter, while consumer inflation cooled to a 13-month low in September, helped by moderating food prices.

"We have been constructive on rupee for some time. The currency is very stable. There has been an attractive carry trade in the past month and we continue to hold that view. In our view rupee has been relatively protected from more external factors." said Mitul Kotecha, head of FX strategy at Asia-pacific for Barclays in Singapore.