It needs to be noted that, Indian rupee last time was at 68.909 in February 25, 2016, since then this would be a new low of the currency against dollar. 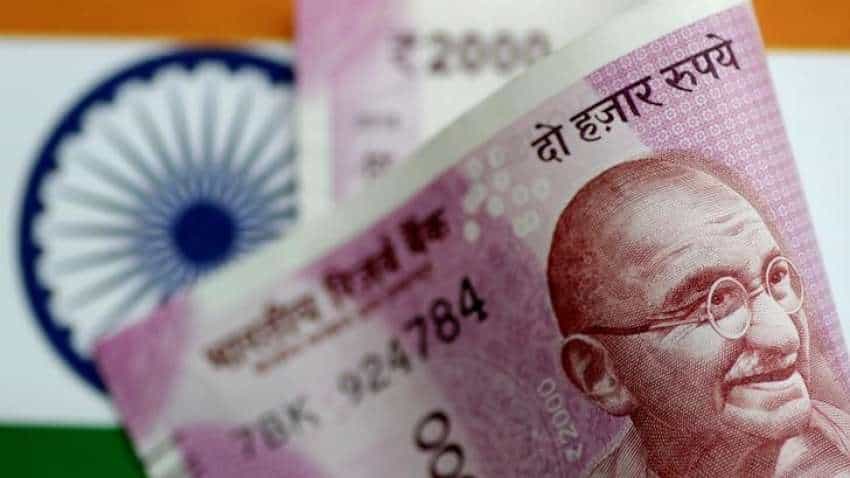 Six months have passed now in the year 2018 and in this period nothing has gone right when it comes to the Indian rupee. The currency against US dollar benchmark index has been trading in very volatile manner since January, and it even fell under 68-mark in May month and continued trading at those levels. Interestingly, on Friday, the Indian rupee was just 100 basis points away in marking 69-level as well. The domestic currency on Friday hit a new low of 68.900 against American currency at interbank forex market. It needs to be noted that, Indian rupee last time was at 68.909 in February 25, 2016, since then this would be a new low of the currency against dollar. However, after opening at this new record high, the rupee got little breather during the trading session, as it ended on 68.445 above 0.350 points or 0.51%.

A Care Rating study revealed that the movement in the foreign exchange rate is typically driven by two sets of factors: fundamentals and sentiment.

Furthermore, the foreign exchange reserve has been declining in the previous three months. 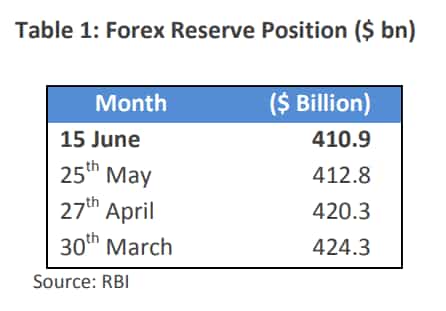 According to Care Ratings, sentiments that impact the performance of domestic currency is increasing tensions between the world’s two largest economies- US and China on policies of hiking the tariff structure on certain commodities has kept the investors on the edge amidst fears of a global trade war.

Also, higher oil prices have also led to the fall in the rupee. Some of the shocks are given by the US Federal Reserve who has raised the key interest rate for the second time in the fiscal.

Economists at Care Ratings say, “ Higher rates in the US would slowdown the flow of funds to the emerging markets which in turn will affect the balance of payments.”

Therefore, the above mentioned reasons have driven the depreciation in the rupee which declined to a low of Rs 69 per dollar during the week – a market psychological level.

But it needs to be noted that Indian Rupee is not alone in the boat of free fall, many other major currencies have followed the same trend. Currencies like South Africa, South Korea, Thailand, Indonesia, China have weakened more than the Indian currency.

Within the set of 15 currencies chosen here which have depreciated against the dollar, the decline in rupee was above the median value of 2.5%.

Considering the above mentioned factors, it can be said  that the weakening in the currency is not restricted to India but has been witnessed by many economies and a few of them have been impacted more than India. Further, it is expected that the foreign exchange rate will witness volatility due to the several pressure points covered above.

Madan Sabnavis and Sushant Hede, Economists at Care Ratings said, “ It is the sentiment driven reasons which are critical factors driving this weakness in the Indian currency. This prompted the RBI to intervene yesterday in the currency market through the sale of dollars.”

The duo explains, “We believe that fundamentally the Indian rupee should hover around Rs. 68/dollar but will remain volatile - level will be driven by ‘sentiments’ around trade wars, sanctions on Iran, oil prices and the US Fed rate decisions.”

Moreover these economists added, “The rupee will be tested at every interval of Rs 1/$ i.e. at 69 or 70 and the market will look for direction from the RBI. Non-intervention by the RBI at each stage can take the rupee past 69 and towards 70 as long as the geo-political situation remains tense.”

However, if the free fall continues, then it can be an alarming factor for Indian economy and RBI who targets inflation for deriving policy repo rate and policy stance of the country.

With rupee in free fall ahead, imports will take a massive hit especially crude oil. India’s 80% of import depends upon crude oil, which can impact petroleum product, inflation, gems & jewellery, mining, textile and many other sectors depending on imported raw material. With firms paying higher import, the pressure would be passed on to end consumers and their pockets will take a hit.

RBI will have to bring in control the currency or else inflation will be hampered by higher crude oil ahead.

That said, it would be interesting to see where our currency moves ahead and how RBI tackles it.