Rupee may hit 70 mark by year-end vs dollar, crosses 67 level

Rupee may remain sticky near resistance of 67 versus dollar. 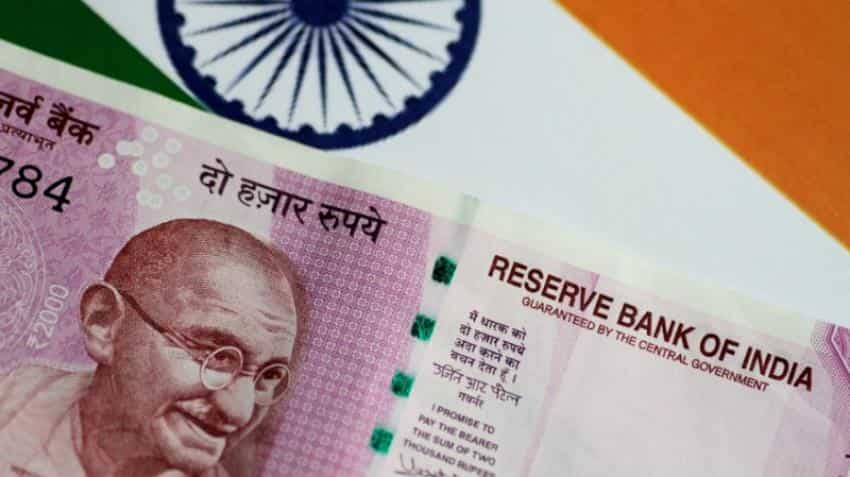 The rupee slipped 21 points to 67.08 after opening higher to 66.78 against dollar. Image source: Reuters

The Indian rupee slipped below $67 against dollar on Monday for the first time since February 17, 2017 as fresh signals emerged of dollar staying stronger in the near-term. The dollar stayed near its 2018 peak early on Monday after US jobs and wages data did little to water down perceptions of strength in the US economy.

The rupee slipped 21 points to 67.08 after opening higher to 66.78 against dollar. On Friday, the rupee had lost 23 paise to close at 66.87 against the US currency in highly volatile trade.

Meanwhile, the dollar index, a measure of the value of the US dollar against a basket of six major currencies, stood at 92.609, near Friday's high of 92.908, which was its firmest level since late December.

Brokerage ICICI Securities believes the domestic curency may remain sticky near resistance of 67 versus dollar.

"The rupee lost sharply against dollar as well as other major currencies in April. A sharp rise in crude oil prices and rise in global yields shook the domestic macro picture to a certain extent. Benefit of lower crude prices has been disappearing as oil appears firming at $65-$75 levels," said ICICI Securities.

"However, we expect most negatives to have already been priced in. As such, the pair could consolidate in the range of 65.80-67.30/$. Also, record forex reserves with the RBI may be utilised in event of the next bout of sharp rupee depreciation. Hence, we suggest initiating short position in the pair as it may drift towards 66.40/$ unless we see a fresh rally in crude oil prices or adverse outcome from Karnataka polls," it added.