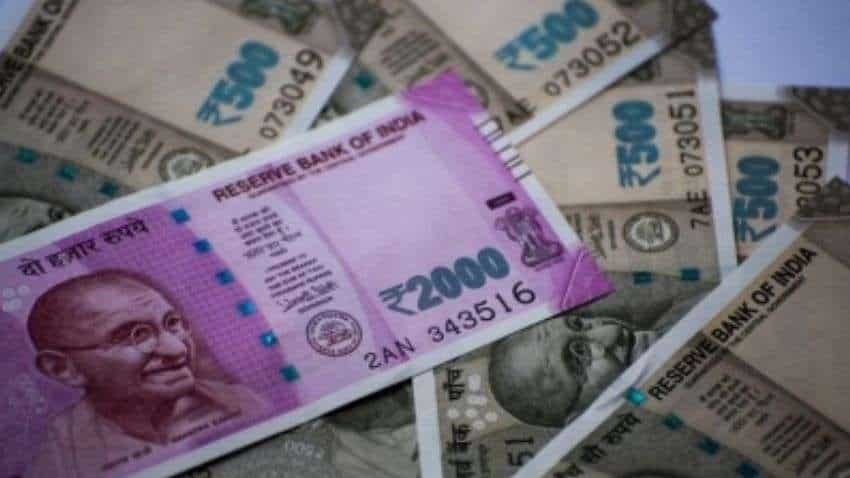 The rupee continued its losing run for the fourth day on Tuesday, dropping by 6 paise to 75.13 against the US dollar as investor concerns grew over fresh impact of new COVID variant on the economy.

At the interbank foreign exchange market, the local currency opened on a strong note at 74.91 and witnessed an intra-day high of 74.86 and a low of 75.19 against the US dollar in a highly volatile trading session.

The dollar, euro, crude have all faced high volatility since a week now, as the new Omicron strain on COVID-19 has raised concerns. "Rupee can be weak till the time it trades below 74.85," Trivedi said.

According to Sriram Iyer, Senior Research Analyst at Reliance Securities, the Indian rupee depreciated against the US dollar on Tuesday in a volatile trading session after Moderna CEO warned that existing COVID-19 vaccines would be less effective against the Omicron variant.
The rupee has been under pressure over the last 2 or 3 trading sessions as the detection of a new coronavirus variant re-ignited growth concerns and hurt risk appetite.

The dollar index, which gauges the greenback's strength against a basket of six currencies, was trading 0.68 per cent down at 95.69.

Foreign institutional investors were net sellers in the capital market on Monday, as they offloaded shares worth Rs 3,332.21 crore, according to exchange data

Rupee pares initial losses to close at 76.06 against dollar

Rupee slips to 75.53 against dollar on Omicron concerns