Delhi Finance Minister Manish Sisodia here on Tuesday presented the fifth and last budget of this Aam Aadmi Party (AAP) government in Assembly, proposing a total expenditure of Rs 60,000 crore in 2019-2020, with education continuing to enjoy the highest outlay. 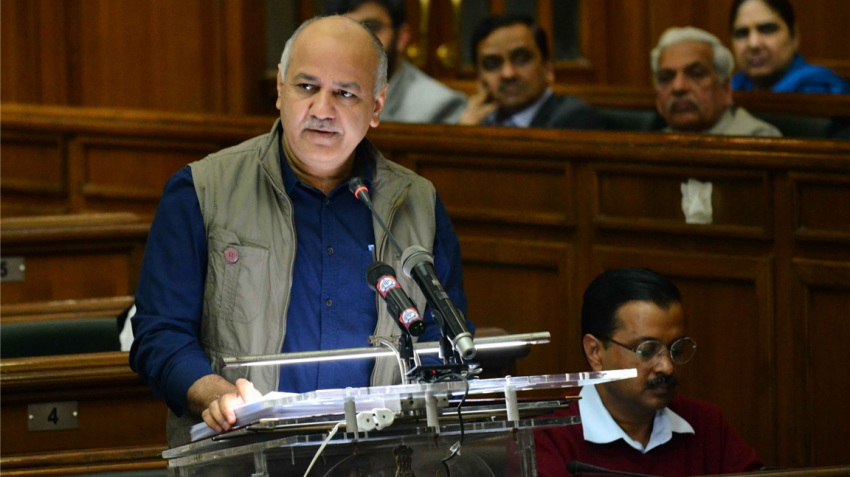 Stating that the Delhi budget is "self-financed and about 95 per cent of total budget is from own resources", Sisodia said. The proposed budget will be financed by Rs 42,500 crore from tax revenue, Rs 800 crore from non-tax revenue, Rs 325 crore from share in central taxes, Rs 4,786 crore from small saving loans, capital receipts of Rs 750 crore, compensation of Rs 3,000 crore under GST, Rs 300 crore from externally-aided projects, Rs 2,558 crore from centrally-sponsored schemes, Rs 534 crore as the central grant-in-aid and the remaining from the opening balance.

Chief Minister Arvind Kejriwal hailed it as "everyone`s budget". "In five years, we have doubled the budget. While the economy of the country had gone down due to GST and demonetisation, that of Delhi is growing and booming," he said. Sisodia dedicated the budget to security personnel, including those killed in the Pulwama attack.

Delhi may get free Wi-Fi, CCTV this year