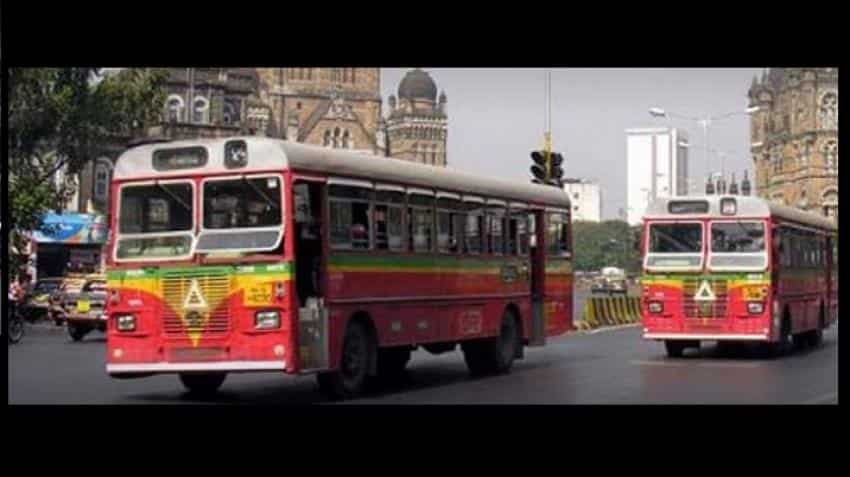 The proposal still awaits approval and the plan to increase minimum base fare from Rs 8 to Rs 12 will be discussed by the BEST committee on April 6. Image Source: BEST Undertaking website
Written By: ZeeBiz WebTeam
RELATED NEWS

Delhi Metro fare hike to be on auto mode, next round likely in January-2019

Transport wing of Brihanmumbai Electric Supply and Transport (BEST) busses have been mulling a rate hike which could go up to 50% of current fares, a report by Mumbai Mirror said on Wednesday.

The proposal still awaits approval and the plan to increase minimum base fare from Rs 8 to Rs 12 will be discussed by the BEST committee on April 6, the report added.

The transport undertaking may also do away with subsidies given to students and senior citizens for its services.

For a school going student (up to class 10) who travels a distance of 1-2km by BEST has to currently pay Rs 150 for a one month pass which costs Rs 360.

Monthly pass for these students after the rate hike could go up to Rs 540 for students as well as regular passengers, the report added.

On Sunday the BEST administration drafted a stringent plan which included hiking the bus fares in the band of Rs 2 to Rs 4, scrapping the 284 air-conditioned AC busses and also freezing recruitment other than drivers and conductors, a report by Times of India said.

Last year in 2016 the BEST association slashed fares to 50% for AC busses in a bid to attract more passengers.

“We are preparing the proposal, and are compelled to increase the fares. The committee will take a call," the report by Mumbai Mirror quoted Anil Kokil, chairman of BEST.

Even after revoking Transport Deficient Loss Recovery (TDLR), which would cross-subsidise the losses by its levy on consumers, in November 2016, BEST incurred a monthly loss of Rs 70 crore.

Delhi Metro fare hike to be on auto mode, next round likely in January-2019