The first quarter of the financial year 2019-20 hasn’t been good but our company’s topline and EBITDA has registered growth and we will perform better in the third and fourth quarter, says Amit Jaiswal, CFO, Royal Orchid Hotels. 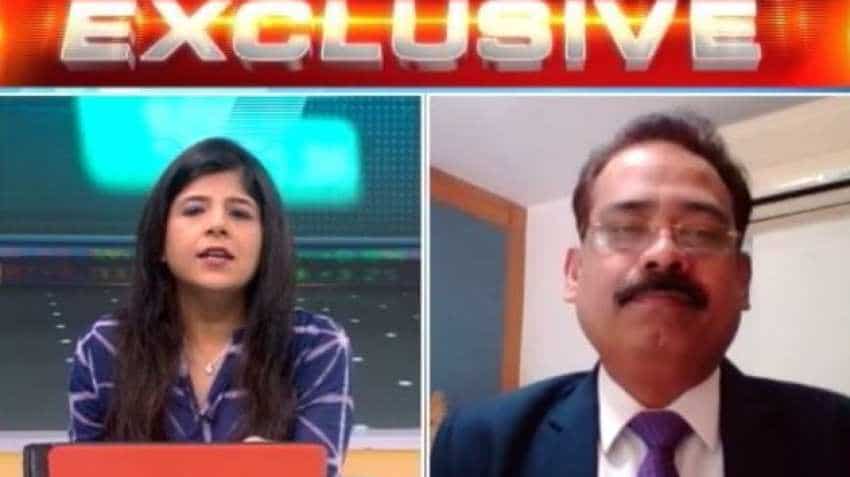 The first quarter of the financial year 2019-20 hasn’t been good but our company’s topline and EBITDA has registered growth and we will perform better in the third and fourth quarter, says Amit Jaiswal, CFO, Royal Orchid Hotels.
Written By: ZeeBiz WebTeam
Edited By: Hardik Bansal
RELATED NEWS

The first quarter of the financial year 2019-20 hasn’t been good but our company’s topline and EBITDA has registered growth and we will perform better in the third and fourth quarter, says Amit Jaiswal, CFO, Royal Orchid Hotels. In an interview with Swati Khandelwal, Zee Business, Mr Jaiswal said, “Hotel industry has always been kept on the higher tax bracket under GST and the tax rate is almost double when compared with the tax regime of neighbouring countries”. Edited Excerpts:

Q: Festive season is on the cards, so, what is your expectation about the occupancy rates during the September to December period?

A: The first quarter hasn’t been too good for the industry; however, our company has shown growth in the topline as well as EBITDA. In seems that other industries are improving, and this improvement makes me feel that the third and the fourth quarter will be good for the entire hotel industry including ours. Following the trends, it seems that October onwards the industry will start performing well. And, if you have a look at the business aspects then you will find that the third and fourth quarters are better for the hotel industry generally.

Q: You have opened three new properties in Chandigarh, Chennai and Kullu and Manali in recent past. What is the ARR and occupancy rate there? What is your expectation about their performance during the upcoming festive season?

A: We have an ARR of Rs3,600 in these three hotels. Interestingly, it will go up and is likely to register a growth of 7-8%. When it comes to occupancy then our company is running at an occupancy level of around 70%, which went down by 3-3.50% in the first quarter. We hope that the occupancy level will reach 75% mark in the remaining balance of 6 months.

Q: You are going to open new hotels in North Goa, Goa and Karnataka in the next 2 months. What is the expected occupancy rate for these hotels?

A: Goa is doing good, even in the first quarter, irrespective of the decline, the Goa market has performed well. Its occupancy level stood at around 90% in the first quarter and is running at the same levels in the ongoing second quarter. So, we are not worried about Goa hotel, in fact, every leisure hotel is doing good in India at present. The issues are related to corporate and business hotels. I think that the government is understanding that the budget was not quite encouraging and that is why the industry has faced certain problems and is trying to do something with a hope that the industries will bounce back. That’s why I think that the third and the fourth quarter are going to be a good one for the hotel industry.

Q: What is the margin expectation of the company for the entire FY20?

A: EBITDA is the main criteria, which stood at around Rs 49 crore in the last financial year (FY) and I hope that we will touch an EBITDA of around Rs 60 crore. EBITDA growth of almost 20% is possible, however, it grew by just 10% in the first quarter, but it will be recovered in the third and fourth quarter. So, we have an EBITDA target of 20% for the entire financial year.

Q: What is your CapEx size for FY20 and how many more hotels are you planning to open in FY20?

A: We have nine hotels in our pipeline, which will be opened within this financial year and expect that they will be opened soon. As far as CapEx is concerned than we don’t have any additional CapEx for managed hotels, but we have a plan to sign two lease hotels which will need an expenditure/CapEx of Rs 7-8 crore. It is not a CapEx, but we are supposed to pay a lease deposit and we are trying for the same. Addition of these two leased hotels will have an impact on our topline growth in the next financial year.

Q: Are you facing tough competition from hotel chain firm such as Oyo Rooms?

Q: Do you have any expectation/s for the hotel industry like tax reduction from the GST Council which is scheduled to meet on September 20, 2019.

A: As far as GST is concerned, then we always remain on the higher bracket and it, the hotel industry, has always been on the higher bracket of GST. If you have a look at the tax regime of the neighbouring countries, like Thailand, Malaysia and Sri Lanka, then we are quite high almost double. That’s why we are expecting that the government will do something on GST so that we can pass on the benefits to the tourists and in return, it will encourage tourism in India. Interestingly, our industry is one of the largest contributors to the economy and the GDP of the country. The tourism industry is the third-largest contributor. Let’s wait for the government’s actions that propel tourism in the country.