Kothari, who was called at the CBI headquarters in New Delhi for questioning, and Rahul were not cooperating in the investigation that led to their arrest. 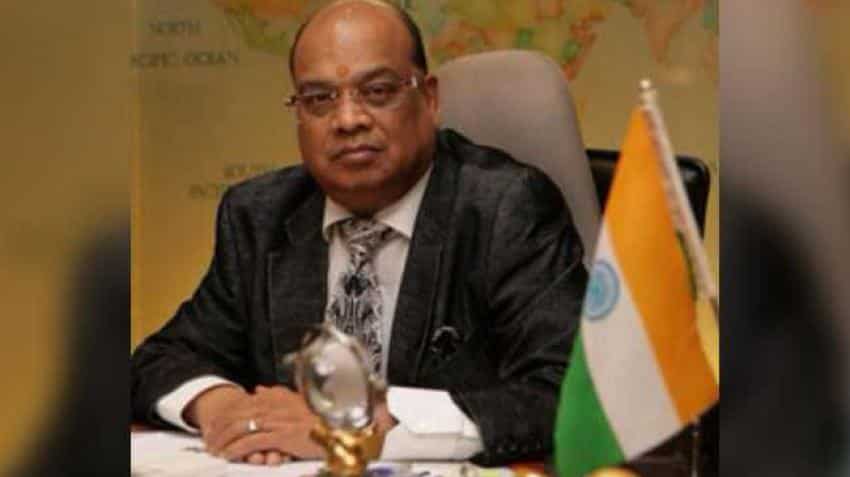 The action was taken against Kothari in the wake of the complaint of Bank of Baroda. Image source: Facebook
Written By: ZeeBiz WebTeam
RELATED NEWS

The CBI has arrested Rotomac owner Vikram Kothari and his son Rahul for alleged default on loan repayments to the tune of Rs 3,695 crore.

Kothari, who was called at the CBI headquarters in New Delhi today for questioning, and Rahul were not cooperating in the investigation that led to their arrest, the agency officials reportedly said.

The case against Rotomac Global Pvt Limited, director Vikram, his wife Sadhana, and Rahul and unidentified bank officials was reportedly filed on a complaint received from Bank of Baroda.

The CBI FIR allegedly stated that a consortium of seven nationalised banks gave loans worth Rs 2,919 crore to Rotomac Global Pvt Limited from 2008 onwards. The amount swelled to Rs 3,695 crore, including the accrued interest, because of repeated defaults on payment, the officials said.

The action was being taken in the wake of the complaint of Bank of Baroda, which was a member of consortium led by Bank of India, which had approached the agency fearing that Kothari may flee the country like Nirav Modi and his uncle Mehul Choksi.

Meanwhile, the Income Tax Department has issued a show cause notice to the group stating as to why prosecution should not be launched against them for alleged tax evasion.

The Bank of Baroda has already declared Vikram Kothari, his wife Sadhna and son Rahul loan as defaulters.

Subsequently, the ED has also registered a money laundering case against them. The ED probed if the allegedly defrauded bank funds were laundered and these proceeds of crime subsequently used by the accused to create illegal assets and black money.

The probe is reportedly revolving around the details of loan conditions, including the details of properties against which the banks gave him such big loans.

Meanwhile, Vikram Kothari`s lawyer Sharad Birla had said that the Rotomac owner has done no wrong or fraud and that the case was merely of a bank loan repayment.

It may be noted here that mobile phones of all members of the Kothari family and even that of his staff and domestic helps have been confiscated.

Vikram Kothari, who figured among the who's who of Indian business, is embroiled in one of the biggest loan default cases to hit the banking sector.

Vikram Kothari and his brother Deepak Kothari used to assist their father Mansukhbhai in managing the paan masala business.

As the business prospered, the group diversified and in 1992, and the Rotomac Pen company was formed while 'Yes', a mineral water brand, was launched a couple of years later. However, in 1999, the two brothers decided to go separate ways.

'Rotomac' too had its glorious run and its promotional tag line - 'Likhtey, likhtey, love ho jaye', too struck a chord with many. Bollywood hearthrobs Salman Khan and Raveena Tandon were then its brand ambassadors.

Rotomac Pens Private Limited was rechristened as the Rotomac Global Private Limited, while Vikram Kothari moved into other sectors including real estate, steel and infrastructure.

The uninterrupted story of success gave ways to a contrary reality as Vikram Kothari finds himself stands accused of a bank loan default to the tune of thousands of crores.

This is the second major financial scam to break out after the sensational Rs 11,400 crore fraud allegedly committed by billionaire jewellery designer Nirav Modi and his uncle Mehul Choksi, who is a promoter of Gitanjali group of companies.