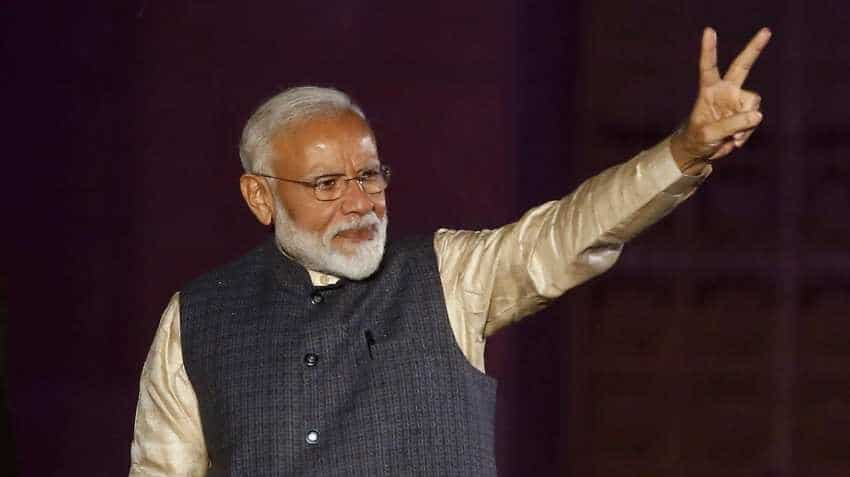 Prime Minister Narendra Modi on Wednesday announced that the Rohtang tunnel, which connects Himachal Pradesh with Ladakh and Jammu and Kashmir, and Manali with Leh, will now be known as the `Atal Tunnel`. Modi made the announcement to name the tunnel on the occasion of the 95th birth anniversary of late former Prime Minister Atal Bihari Vajpayee, saying "this is a small gift from the government to the people of Himachal on Atalji`s birthday."

Vajpayee had laid the foundation stone of Rohtang tunnel in 2003 and the Himachal Pradesh Cabinet in its meeting on August 20, 2018 had proposed naming the tunnel after the former Prime Minister and thereafter passed a resolution for the Centre`s approval.

"Today the name of a big project that is very important for the country has been dedicated to Atalji. Rohtang Tunnel, connecting Himachal Pradesh with Ladakh and Jammu & Kashmir, and Manali with Leh, will now be known as Atal Tunnel," Modi said while addressing a gathering here at Vigyan Bhavan.

Beginning his speech with Christmas greetings to the people of the country as well as the world, the Prime Minister said it was Vajpayee who understood the importance of this tunnel and paved the way for its construction. "Naming this tunnel after Atalji is also a symbol of his love for Himachal and his respect and immense love for you (people of Himachal)."

Rohtang tunnel connecting landlocked hinterland of Lahaul Valley with the rest of the world was conceived in 1998 by Vajpayee and the project was announced by him on June 3, 2000.